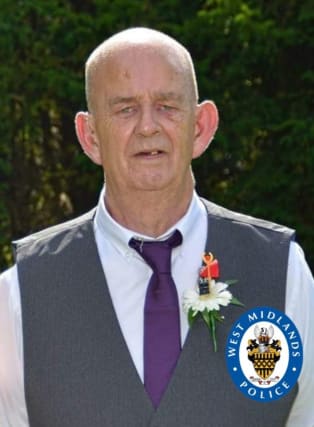 The family of a hit-and-run victim who suffered life-changing multiple fractures have released a photo of his injuries as part of a plea for information to track down the driver.

Father-of-five Robert Field was crossing the road when he was struck by a small dark blue car on Hoggs Lane in Northfield, Birmingham, at about 7pm on Saturday February 22.

The 66-year-old, who also has five grandchildren, remains in hospital after having had a lower leg amputation due to a severe fracture.

In a statement issued through West Midlands Police, his children said: “Our dad was involved in a hit-and-run in Northfield and his injuries included 10 fractures throughout his body, a brain bleed and an open fracture to his leg.

“Doctors told us many times he’s lucky to still be alive.

“During his time in the hospital dad has spent a week in intensive care and will be leaving with life-changing injuries, including the amputation of his lower leg.

“Anyone who knows dad will understand the troubles he’s had with his knees and he still maintained his independence and the ability to walk unaided.

“This will now change and will include him spending time in a wheelchair, the fitting of a prosthetic and the physiotherapy required to learn to walk again.

“He’s a lovely man who will do anything to help anyone and we are grateful for all the messages of support and love we have received from people.”

Appealing for anyone with information to assist police, the family, who thanked members of the public who helped at the scene, added: “We urge anyone who may have noticed the slightest detail on that night to come forward.”

The car, travelling in the direction of Frankley Beeches Road, failed to stop and a passenger-side wing mirror was found at the scene.

Detective Sergeant Paul Hughes, from the serious collision investigation unit, said: “We are conducting CCTV inquiries and speaking to witnesses, however we are still appealing for information or anyone with dashcam footage or CCTV.”