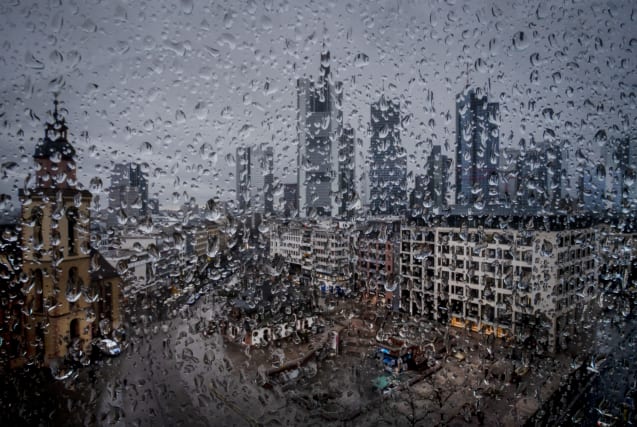 The European Central Bank (ECB) is deploying new stimulus measures to cushion the economic pain inflicted by the coronavirus outbreak.

The central bank for the 19 countries that use the euro decided to buy up to 120 billion euros (£106 billion) more in bonds this year.

The money is newly created and injected into the financial system.

It comes on top of purchases worth 20 billion euros (£17.7 billion) a month it is already carrying out.

The ECB is also providing additional cheap, long-term loans to banks to make sure they have the liquidity they need, and will temporarily ease some capital requirements for banks to help them keep lending.

It is all aimed at helping businesses get the financing they need and stimulating activity to offset the downturn from all the closures and restrictions due to the virus outbreak.

The central bank did not cut interest rates as many analysts had expected.

Rates are already low and economists have said deeper cuts might not help much.

The move comes as the eurozone is forecast to slide into recession and financial markets keep falling over concerns about the virus outbreak’s hit to the economy.

Concerns deepened after the US decided to halt travel from 26 European countries.

The bank’s policy meeting was held without several members of the 25-seat governing council physically present and participating by remote conferencing.

Italian central bank head Ignazio Visco is among them since his country, so far the hardest hit in Europe by the virus outbreak, has restricted movement.

Economists say the impact of the virus outbreak is difficult to address with monetary policy, since it first and foremost deals a shock to the supply of goods and services.

Central bank action is aimed at limiting the damage from knock-on effects of business interruption.

More abundant and targeted credit could help businesses get through a period of interruption without going out of business.