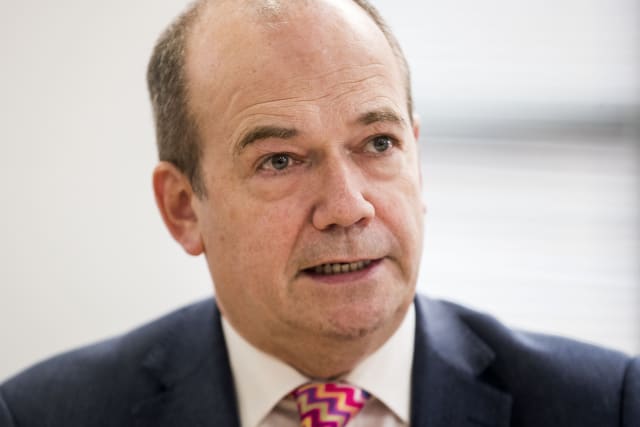 Dr Michael McBride said increased demand will “inevitably” be exacerbated by staff shortage due to sickness or caring responsibilities.

He also gave evidence to a committee of Stormont Assembly members on Thursday.

He told them: “It is likely that we will see community transmission in the next coming weeks. We need to minimise the impact right across the health and social care sector.”

Northern Ireland is still in the containment phase involving tracing contacts with those who test positive.

Cases so far have involved foreign travel or contact with someone who has travelled.

Stormont Health Minister Robin Swann said the NHS is bracing itself for a death from Covid-19 in Northern Ireland.

The Republic of Ireland has recorded its first fatality linked to the infection.

Medical chiefs in Northern Ireland are now preparing for a move to the “delay” phase, in which social isolation measures like banning large gatherings may be required.

He said normal business will not be possible when the Covid-19 outbreak worsens.

“It is bound to take its toll,” he said. “Normal business in health and social care will not be possible. Some activities will have to be scaled back.

Meanwhile, the chief medical officers for England, Wales, Scotland and Northern Ireland have written to doctors urging them to be “flexible in what they do”.

They warn in the letter that the virus might “entail working in unfamiliar circumstances or surroundings, or working in clinical areas outside of their usual practice for the benefit of patients and the population as a whole”.

He said the NHS has expanded the capacity to ventilate patients as well as non-invasive use of breathing masks without anaesthetic.

He added: “We are upskilling staff to be able to provide that outside high dependency units and outside intensive care units.”

The senior doctor has also outlined plans to enlist recently retired doctors to help tackle the outbreak and the establishment of command-and-control centres in the health service to oversee the response.