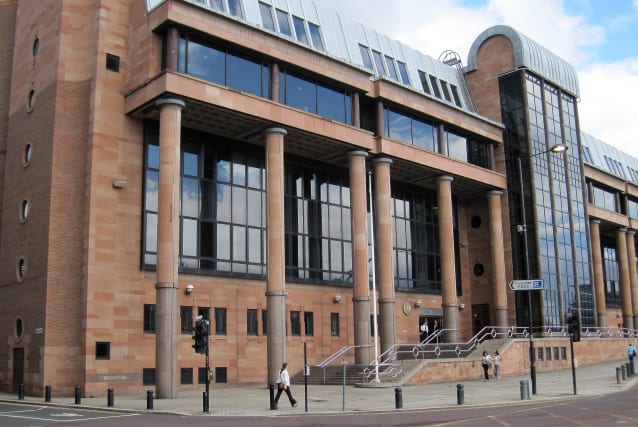 A woman who cut off her mother’s head and removed some of her brain showed signs of mental illness from the age of six or seven, a court heard.

Odessa Carey, 36, who walked around Ashington, Northumberland, with her mother’s head in a bag, was told she will be detained at Rampton Secure Hospital for treatment, and for the safety of the public.

Newcastle Crown Court heard she was too mentally ill to enter a plea to murder, and on Wednesday a jury found she had committed the act as charged following a trial of the facts.

She repeatedly attacked her 73-year-old mother, also called Odessa Carey, with a mallet, then the next day removed her head with scissors and knives, before removing part of her brain.

The daughter wrapped the head in a pillow case and, when she was visiting a friend at an allotment, she took it out and kissed it.

Judge Paul Sloan said she remained “acutely unwell, floridly psychotic” and was suffering from paranoid and persecutory beliefs, and was probably schizophrenic.

Carey still did not believe that the woman she killed in April last year was her mother, the court heard.

During the hearing where the hospital and restriction orders were imposed, Andrew Espley, prosecuting, said: “Various family members have spoken in witness statements of long-standing mental health difficulties which family members and friends of Odessa Carey Senior saw in Odessa Tammy Carey first hand from the age of six or seven.

“They feared for the safety of Odessa Carey and feared Odessa Tammy Carey might hurt her and hurt her seriously.

“Those fears were exacerbated because they believed Odessa Tammy Carey was inconsistent in the taking of her prescribed medication.”

The family said the defendant had a history of violence towards family, friends and others.

They did not wish to address the court but after the trial of facts they issued a statement in which they said they had been let down by mental health services.

The daughter was arrested after police found her hiding in the loft of a different home in Guide Post.

Her mother’s head was found under the sink by a police officer.

Judge Sloan said: “Odessa Carey Senior was a caring, loving lady who in turn was much loved by her family.

“She is greatly missed.

“Her loss is all the harder to bear given the tragic circumstances in which it occurred.

The judge said the hospital and restriction orders meant she will be subject to specific restrictions before she can be discharged.