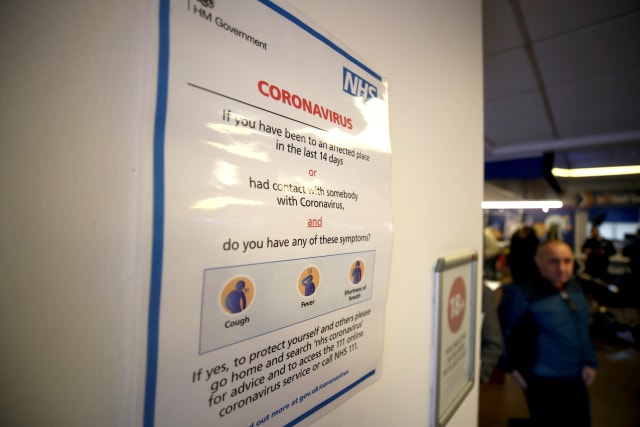 Several universities are ending face-to-face lessons due to concerns about the coronavirus pandemic.

The London School of Economics and Political Science (LSE) announced on Thursday that all teaching will be moved online for the rest of the academic year from March 23.

Taught exams and other assessments scheduled will also be delivered online.

A university spokesman told the PA news agency: “These actions are taken as a precaution and to provide clarity and reassurance to the LSE community in exceptional circumstances.

“The LSE campus and halls of residence will remain open. Guidance from Public Health England maintains that there is presently low risk for LSE and that buildings, services and facilities can run as usual.

“We will take any additional necessary steps, such as a campus closure, if we are advised to do so in the future.”

Durham University has also announced all classroom teaching, including small groups and one-on-one meetings, will cease from March 16 for the final week of term.

The university and its library will remain open, but all lessons will be delivered online as much as possible.

Manchester Metropolitan University has also said it will end in-person teaching from March 27, for the final week of term.

The University and College Union (UCU), which represents more than 120,000 university and adult education staff, has emphasised the importance of the other services universities often provide, namely accommodation.

A spokesman for the union said: “The health of staff and students has to be a university’s priority.

“Universities simply cannot shut down and abandon those students who rely on it for things like accommodation and we trust all these important matters are being kept under review.

“Universities should be working with UCU, student reps and other trade unions to address any concerns being raised by staff and students.

“Universities should also be working with bodies like Public Health England to ensure everyone is kept fully informed as the situation develops.”

On Thursday, the University of Oxford confirmed a further three students had tested positive for coronavirus, bringing the total to five.

It was also announced that a student at the University of Bristol tested positive for Covid-19 after returning to the city from abroad.

The decisions to move lessons online come after it was announced that schools, colleges and childcare centres in Ireland will close for two weeks due to the outbreak.

Taoiseach Leo Varadkar said: “We have not witnessed a pandemic of this nature in living memory. This is unchartered territory.”

On Tuesday, Trinity College in Dublin said lectures will be given via the internet.

In the United States, Ivy League colleges Harvard and Princeton also announced lectures will be moving online to limit the spread of the coronavirus.