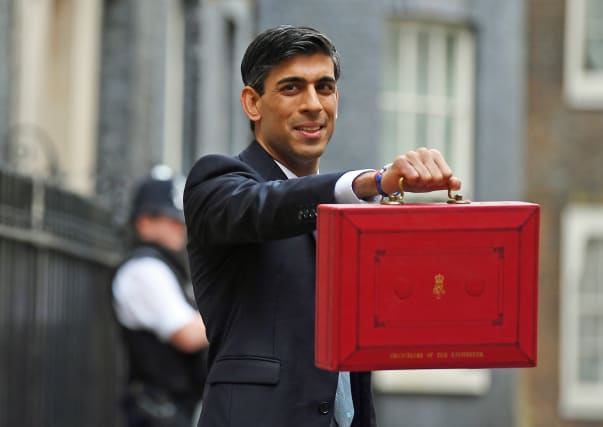 Measures announced in the Budget to help tackle coronavirus are “timely, targeted and temporary” but it remains to be seen if they will protect the economy long term, the Institute for Fiscal Studies (IFS) has said.

Chancellor Rishi Sunak unveiled a £12 billion package specifically targeted at the impact of the virus as he outlined the Government’s economic response to the Covid-19 outbreak on Wednesday.

He said the NHS will receive “any extra resources it needs”, whether that is “millions or billions of pounds” to deal with Covid-19 on top of £6 billion of new funding to support the NHS over this Parliament.

And Mr Sunak said statutory sick pay (SSP) will be extended to all of those eligible and asked to self-isolate, even if they are not showing symptoms, while the Government will meet the cost for businesses with fewer than 250 employees of providing SSP for 14 days.

And business rates will be scrapped for thousands of small businesses over the next year.

Paul Johnson, the director of the IFS, said the package was “substantial” and “appears to be what was promised”.

He said: “It looks fairly well designed. It remains to be seen whether it will be enough to support public services, support the vulnerable and insulate the economy from long-term effects.”

He added that the Budget was “two Budgets rolled into one”, making it an “odd affair”.

He said: “All the economic forecasts on which the core Budget was based were put together before any significant effect of the coronavirus was accounted for, and were therefore out of date at the moment of publication.

“If it turns out that the short-term disruption caused by coronavirus is just that – short term – then all is well.

“Any significant longer-term effect, though, and a smaller economy will mean the tax and spending plans set out yesterday will lead to an even bigger deficit than currently planned.”

Mr Johnson also said tax increases could be on the way to pay for spending plans.

“Spending increases pencilled in for the next two years are much bigger than what follows.

“This could suggest top ups in later budgets and hence a need for more tax or more borrowing.”