Budget spending plans not as generous as they appear, warns IFS 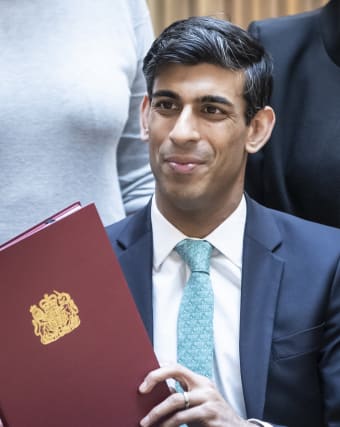 Financial watchdogs have said the spending plans of Chancellor Rishi Sunak are not as generous as they may appear.

After Mr Sunak was branded a spend-friendly Chancellor, the Institute for Fiscal Studies (IFS) said the situation is not as it seems.

IFS director Paul Johnson said: “The current spending plans are nothing like as generous as they appear.

“Average annual increases of 2.8% sound substantial; take account of the need to replace EU funding and factor in planned increases for health, schools, defence and overseas aid and there is relatively little here for other departments.

“If this spending envelope is stuck to, there are plenty of public services which will not be enjoying much in the way of spending increases over the next few years.”

The IFS director also said the impact of coronavirus could hit the Budget plans hard.

On the economic forecasts, he said: “Projected growth rates averaging barely over 1.5% a year for the next five years are feeble, frankly.

“And they are indicative of an economy that is not in a robust position to deal with shocks like the coronavirus.”

He said it was “really two budgets rolled into one”, adding: “There was the normal Budget setting out medium term tax and spending plans.

“And then there was the emergency Budget aimed at dealing with immediate potential consequences of the coronavirus.

“The latter made the former a rather odd affair.”