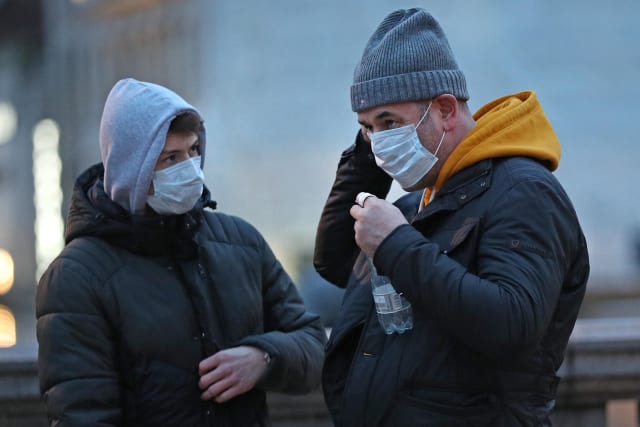 The director-general of the World Health Organisation has criticised “alarming levels of inaction” as he declared the coronavirus outbreak a pandemic.

Tedros Adhanom Ghebreyesus said the UN health agency is still advising a containment strategy but countries must “double-down” on their efforts, adding: “We should be more aggressive.”

In a similar tone, the executive director of the WHO health emergencies programme questioned if action by the European Union and western Europe had been “good enough” following an acceleration in cases.

Dr Ghebreyesus told a briefing in Geneva the agency had repeatedly called for countries to take “urgent and aggressive action” and had “rung the alarm bell loud and clear”.

“We have therefore made the assessment that Covid-19 can be characterised as a pandemic.”

He appealed to affected countries to “detect, test, treat, isolate, trace and mobilise”, adding: “We cannot say this loudly enough or clearly enough or often enough: all countries can still change the course of this pandemic.”

The UK is in the containment phase of tackling Covid-19 as the number of cases rose to 460.

Moving to the next stage – delay – would mean social distancing measures could be brought in, such as restricting public gatherings and more widespread advice to stay at home.

Dr Ghebreyesus said declaring a pandemic did not mean countries should move away from a containment strategy.

He told the briefing: “We repeat again, we are not suggesting to shift from containment to mitigation. We are not, we underline that.

“We’re still proposing containment strategy and other strategies, a comprehensive and blended strategy.

“But considering the geographic spread and the number of cases that has increased in the past two weeks, we should double-down. And we should be more aggressive.”

Michael J Ryan, executive director of the WHO health emergencies programme, said countries in the EU and western Europe need to review their control strategies.

Positive diagnoses in Spain passed 2,000 on Wednesday, while cases in Denmark climbed to more than 300.

Dr Ryan told the briefing: “Spain has a number of cases (that) have accelerated very, very quickly over the last couple of days, as have France, as has Norway, as has Denmark, and as have a number of European countries.

“So it’s very important that countries in the European Union and in western Europe really do look at what their current control strategy is for this disease and to assess whether the efforts they’re taking are good enough in terms of suppressing transmission and pushing back the virus.

“And then obviously preparing their health systems to cope with the cases that do occur. All countries need to review their strategies right now.”