What the coronavirus delay phase could mean for the UK 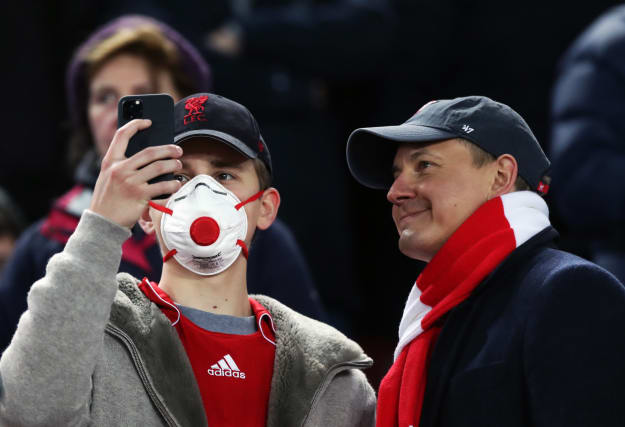 Boris Johnson is set to sign off on moving the UK into the delay phase for battling coronavirus during an emergency Government meeting.

When Cobra meets on Thursday lunchtime, the Prime Minister is expected to advance preparations for combating the deadly virus by switching to tactics designed to delay its spread rather than contain the disease.

It comes after the global Covid-19 outbreak was categorised as a pandemic by the World Health Organisation and eight people in the UK were confirmed to have died after contracting the illness.

Here the PA news agency takes a closer look at the delay phase:

What is the “delay phase”?

The delay phase will see a mixture of the same advice given out, such as encouraging the washing of hands regularly, while also introducing social restriction measures to slow the spread of the virus.

The Government has confirmed it will be guided by the experts about what the most effective measures for delaying the virus will be.

How will it help deal with the outbreak?

The end goal of the delay phase is to slow the rate of coronavirus being contracted and allow the NHS to clear the annual winter pressure it faces.

It would also provide a buffer to allow a possible vaccine to be found.

The Government’s planning document explained: “The benefits are that if the peak of the outbreak can be delayed until the warmer months, we can reduce significantly the risk of overlapping with seasonal flu and other challenges, societal or medical, that the colder months bring.

“The delay phase also buys time for the testing of drugs and initial development of vaccines and/or improved therapies or tests to help reduce the impact of the disease.”

What do they mean by social restrictions?

According to the Government’s published action plan, the restrictions being considered would have “social costs”.

These are thought to include urging employees to work from home where possible and even shutting down schools and cancelling events where masses of people will gather.

“Some of these will have social costs where the benefit of doing them to delay the peak will need to be considered against the social impact,” said the Government’s action plan.

Is it the same as what is happening in Italy and China?

The severity of the interventions have differed on a country by country basis.

Wuhan, the Chinese city of 11 million people, which was at the epicentre of the initial outbreak, temporarily shut down its public transport network.

And in countries such as France and Spain, large public gatherings have been banned in a bid to prevent widespread contamination.

Are sporting events at risk?

Football matches in the European countries, including Paris Saint-Germain’s Champions League tie against Borussia Dortmund on Wednesday, have been played behind closed doors as a result of bans on gatherings of 1,000 people or more.

But there is doubt about whether the UK would follow suit after the deputy chief medical officer suggested scientific research did not back up the decision to outlaw public events.

Dr Jenny Harries, in a video exchange with the PM on Wednesday, said: “In general, those sorts of events and big gatherings are not seen to be something which is going to have a big effect, so we don’t want to disrupt people’s lives.”

Why is the UK not doing the same as Italy?

Mr Johnson suggested the decisions had come about because “politicians and governments around the world are under a lot of pressure to be seen to act, so they may do things that are not necessarily dictated by the science”.

Why has it taken so long to move from the contain phase to delay?

Ministers have regularly stated that implementing tough social clampdowns too early can prove counterproductive as the public could tire of the restrictions, but it appears the PM and his advisers feel the time is right to escalate delay preparations.

Current advice, including washing hands and catching coughs and sneezes with tissues before binning them will continue during the delay period, as will trying to find and isolate coronavirus cases at an early stage.