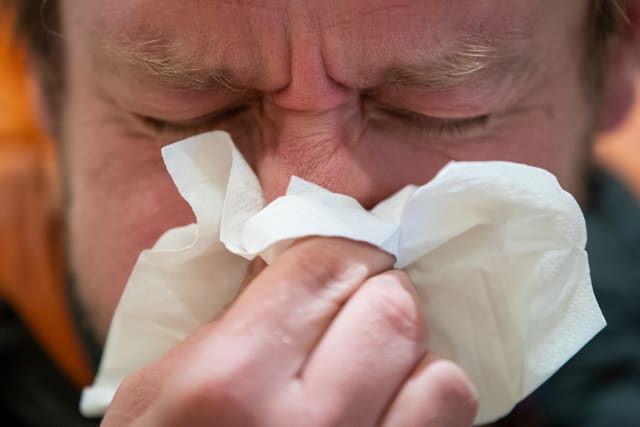 The UK is not banning large gatherings of people amidst the Covid-19 outbreak because officials are “following the science and the evidence”, the deputy chief medical officer said.

In a video posted on the Prime Minister’s Twitter account, Dr Jenny Harries told the Prime Minister in Downing Street that timing is “really important” and said there is clear advice on when interventions should take place.

Mr Johnson, mentioning that other countries have banned big sporting events and stopped mass gatherings, asked Dr Harries why so far the medical advice in the UK is not to do that.

She replied: “In this country we have expert modellers looking at what we think will happen with the virus.

“And we’ve looked at what sorts of interventions might help manage this as we go forward, push the peak of the epidemic forward, and in general, those sorts of events and big gatherings are not seen to be something which is going to have a big effect.

“So we don’t want to disrupt people’s lives.”

Dr Harries replied: “So as a professional, I am absolutely delighted that we are following the science and the evidence.

“There are other things that we can do in this country and the timing of that is really important.

“We need to get the timing, firstly on helping to stop the spread, continue to contain the virus as much as we can.

“But then particularly for our elderly people to find exactly the right point to give them advice.”

Dr Harries said timing is “absolutely critical”, adding: “If we put it in too early we will just pop up with another epidemic peak later on.

“And if we leave it too late, we will have missed the boat.

“But because we have such brilliant modellers we are pretty confident we will know the right point.

“We have got very clear advice about when we should intervene and that’s exactly what I think we should do, which is what we’re obviously advising you as a government.”

On the issue of face masks, Dr Harries said: “If a healthcare professional hasn’t advised you to wear a face mask, it’s usually quite a bad idea.

“People tend to leave them on, they contaminate the face mask and then wipe it over something.

“So it’s really not a good idea and doesn’t help.

“However, if you are a patient and you’ve been diagnosed with symptoms, with coronavirus, then you may be provided with a face mask then and that’s a good thing.

“You’re protecting other people in your vicinity.”