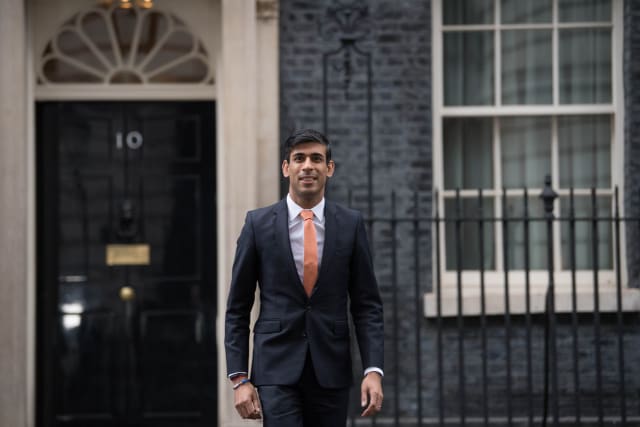 Chancellor Rishi Sunak and the Bank of England have moved to bolster the economy against the impact of coronavirus, with measures promised to support businesses, citizens and public services.

In co-ordinated action on Budget day, the Bank of England announced an emergency interest rate cut to help UK plc manage the economic shock from the outbreak.

And ahead of his statement, Mr Sunak told the Cabinet that the combined efforts of the Treasury and Threadneedle Street would “make the UK one of the best placed economies in the world” to cope with the impact of the virus.

But while the outbreak will be “front and centre in our minds”, Mr Sunak told senior ministers that the Budget will also deliver on promises to invest in public services and cut taxes.

Hours before he was due to unveil his package, the Bank of England set the scene with the rate cut from 0.75% to 0.25% and a series of other measures designed to help businesses and households through a coronavirus economic shock “that could prove sharp and large, but should be temporary”.

As the threat from Covid-19 came closer to home for the Government – Health Minister Nadine Dorries has tested positive for coronavirus – Mr Sunak updated the Cabinet on the Budget.

A Downing Street spokesman said: “He outlined how this plan – combined with the measures announced by the Governor of the Bank of England this morning – will make the UK one of the best placed economies in the world to manage the potential impact of the virus.

“The Chancellor added the Budget will ensure businesses, the public and those in public services working on the front line against the virus get the support they need.

“He said despite the impacts of the outbreak being uncertain, we have the economic tools to overcome the disruption caused by the virus and move the country forwards.”

But as well as measures to combat coronavirus, the Budget will deliver investment for public services and tax cuts for “millions of hardworking people” and Mr Sunak stressed there “could be no delay in laying the foundations for a decade of growth where opportunity was spread equally across the UK”.

Boris Johnson told Cabinet that the Budget “starts to tackle head on the challenges facing our economy and country – addressing productivity and regional imbalances – and showing that the Government is responding to the public’s desire for change”.

It is understood the infrastructure spending figure in the Budget could be more than £600 billion over the five-year Parliament.

However, the Government has faced criticism for delaying its key National Infrastructure Strategy to tackle the climate crisis and boost transport connectivity.

And analysts were keeping a watchful eye on whether the Chancellor sticks to the Tories’ fiscal rules as he seeks to shepherd the UK through the coronavirus outbreak.

The Treasury said he would triple the average net investment seen over the past 40 years, taking it to the highest levels in real terms since 1955.

The incoming investment was said to be shaped by the findings of a review by the “Green Book”, the manual used by ministers to make investment decisions across the country.

“Mr Sunak is asking us to congratulate him for partially rebuilding what the Conservatives have destroyed over the last 10 years,” the Labour MP added.

Mr McDonnell also warned that public services are in a “vulnerable position” to deal with the “shock” of the coronavirus as he called for urgent investment.

Less than a month into the job, Mr Sunak has been forced to rewrite his plans in response to the Covid-19 concerns and the market turmoil the virus has created.

He has not ruled out breaking the fiscal rules limiting taxation and spending set out in the Conservative manifesto as he seeks to guide the UK through the instability.

The Tories pledged at the election that they would not borrow to fund day-to-day spending and would ensure debt drops in five years’ time.

Mr Sunak has faced calls to provide businesses with immediate support, particularly to those facing losses and payments to sick or self-isolating staff.

The Government had pledged to deliver its £100 billion National Infrastructure Strategy on Wednesday, but that was now being delayed for a number of months.

The detailed plan should set out transport plans while working towards achieving the pledge of net-zero carbon emissions by 2050.

But his first Budget is expected to include a £5 billion investment to roll out faster broadband across the UK by 2025.

A further £5 billion is expected to be made available in loans in order to boost post-Brexit exports, while £2.5 billion would be spent to repair 50 million potholes.

Mr Sunak was also anticipated to double funding for flood defences to £5.3 billion after the storm damage seen across swathes of the nation.

The Office for Budget Responsibility’s forecasts for the deficit, debt, GDP and productivity will also be revealed on Wednesday, potentially shedding some light on how Brexit may affect the economy.