Three killed in attack on army base in Iraq 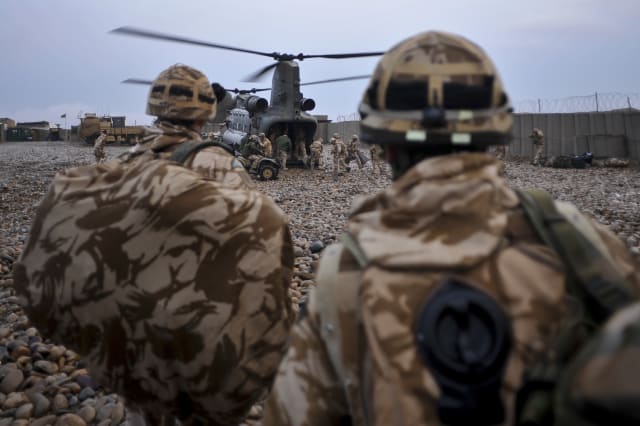 Three people have been killed at an army base in Iraq where British personnel are stationed.

A US official confirmed on Wednesday that two of those killed at the Camp Taji base were American troops, but declined to comment on the nationality of the third.

A Ministry of Defence spokesman said they were aware of an incident involving UK service personnel at the base.

Some 10 people were injured in the attack, according to the US official, who spoke on condition of anonymity.

US military spokesman Colonel Myles Caggins said that more than 15 small rockets had hit the base.

In January, the MoD told the PA news agency that there were around 400 personnel in Iraq across three main bases – Camp Taji near Baghdad, Union III in Baghdad, and Erbil in Iraqi Kurdistan.

Kataib Hezbollah was responsible for a rocket attack on a military base in Kirkuk in December that killed a U.S. contractor, prompting American military strikes in response.

It led to protests at the US embassy in Baghdad which was followed on January 3 by a US airstrike that killed Iran’s most powerful military officer, General Qassem Soleimani, and Abu Mahdi al-Muhandis, a leader of the Iran-backed militias in Iraq, of which Kataib Hezbollah is a member.