Small business rates to be scrapped for next financial year 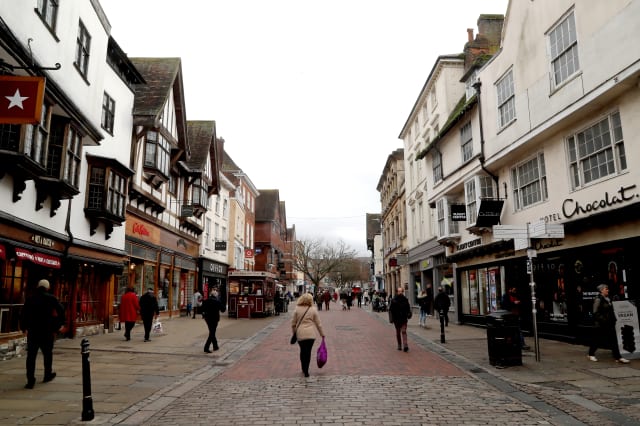 Business rates will be scrapped for thousands of small businesses over the next year.

Chancellor Rishi Sunak announced that businesses such as shops, cinemas, restaurants and music venues with a rateable value under £51,000 will not have to pay the tax for the next financial year.

The Government previously announced that these businesses were due to receive a 50% discount for the year, up from a previous discount of 33%.

It said it will also extend the removal of rates to leisure, retail and hospitality businesses who previously were ineligible for a discount, such as museums, art galleries, and theatres; Caravan parks and gyms; Small hotels and B&Bs; sports clubs, night clubs; club houses, guest houses.

Mr Sunak said: “That means any eligible retail, leisure or hospitality business with a rateable value below £51,000 will, over the next financial year, pay no business rates whatsoever. That is a tax cut worth over £1 billion, saving each business up to £25,000.

“And it means, over the next 12 months, nearly half of all business properties in England will not pay a penny of business rates.”

The Government also announced £2.1 billion would be made available for grants of £3,000 for any business which qualifies for small business rates relief.

Mr Sunak also launched a “fundamental review” into the long-term future of business rates, to be concluded at the autumn Budget. The Government previously said it would launch a review into the rates system.

Rates bills are based on a complicated formula which involves analysis by Government inspectors into rental values of all business premises in England and Wales, raising around £40 billion a year for the Treasury.

Last week, organisations including the Association of Convenience Stores, British Chambers of Commerce, British Property Federation and Federation of Small Businesses all called on the Chancellor for a major overhaul of the current rates system.

It followed a separate letter signed by more than 50 retail bosses, including leaders at Asda, B&Q, Greggs and Ann Summers, urging for the current system to be replaced.