Seven things we learned from the Budget 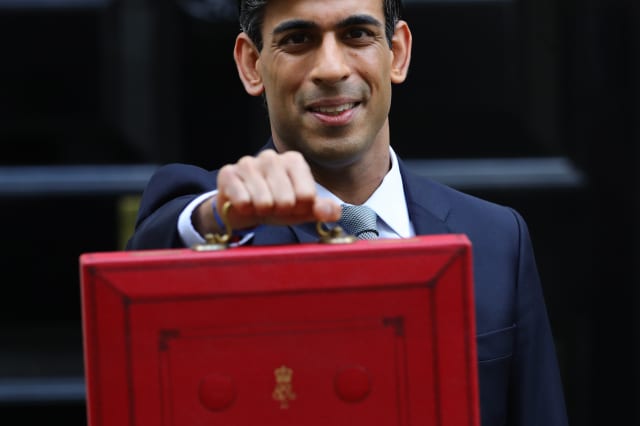 Here are seven things we have learned:

– Covid-19 will hit the economy hard

The scale of the Chancellor’s response to the coronavirus outbreak underlines the fears about the economic impact it will have.

“For a period, it’s going to be tough,” Mr Sunak admitted as he set out a £30 billion spending package to support the economy, including £12 billion specifically targeted at the impact of the virus.

– But MPs did not appear to be interested in social distancing

The House of Commons was as packed as it normally is on Budget day, despite confirmation of the first MP to test positive for coronavirus.

Health Minister Nadine Dorries was absent from the Chamber having gone into self-isolation following her diagnosis.

– Despite the grim backdrop to the Budget, there was plenty to raise a glass to

The Chancellor announced a series of measures to help pubs, which are at risk of a slump in trade if people are forced to stay at home.

Alcohol duties were frozen and there was a £5,000 business rates discount for pubs.

– Dominic Cummings’ influence on the Government was clear

Mr Sunak duly announced £800 million for “a new blues-skies funding agency here in the UK modelled on the extraordinary Arpa in the US”.

Less than a month after replacing Sajid Javid in Number 11, he managed something that his predecessor could not – delivering a Budget.

In his 63-minute speech Mr Sunak acknowledged that “given the last few weeks I’ve had, I’m all in favour of jobs miracles”.

– But this was a serious speech for serious times

Unlike his predecessors, Mr Sunak largely steered clear of jokes, possibly because of the extraordinary circumstances in which he was delivering his Budget.

But he could not resist a dig at shadow chancellor John McDonnell, claiming the left-winger’s Economics For The Many had sold so few copies it was his very own “little-read book”.

– Sajid Javid was left wondering what might have been

His resignation on February 13 meant Mr Javid became the first chancellor since Iain Macleod, who died shortly after taking office in 1970, not to deliver a budget.

Instead he had to listen to his former deputy at the Treasury Mr Sunak telling him “Saj, we’re getting it done” as he announced a series of his favoured policies.