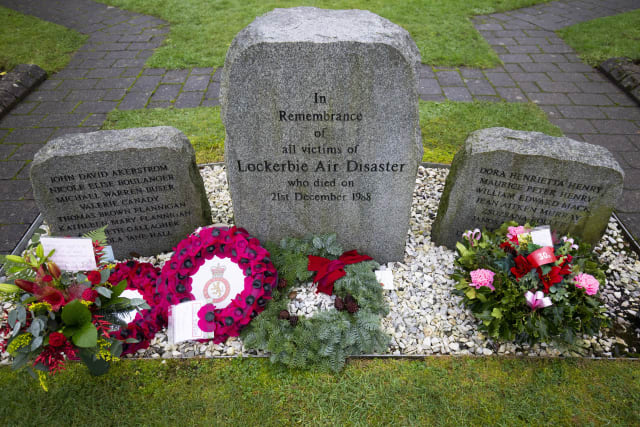 Abdelbaset al-Megrahi’s family has said the decision to refer his conviction for the Lockerbie bombing back to the High Court gives hope his name will be cleared”.

Relatives of some of the 270 people who died in the 1988 atrocity also praised the decision, as did the legal team behind the application to the Scottish Criminal Cases Review Commission (SCCRC) and campaigners.

Former Libyan intelligence officer Megrahi was the only person convicted of the bombing, having been found guilty in 2001 of mass murder and jailed for life with a minimum term of 27 years.

Lawyer Aamer Anwar made the SCCRC application on behalf of Megrahi’s family, supported by some relatives of those who died in the 1988 disaster.

He read a statement from Megrahi’s son Ali, which said: “Finally my family has hope that our father’s name will be cleared, I am grateful to all those who have supported my family in their long struggle for justice.”

Dr Jim Swire, father of Flora Swire – who was 23 when she died in the bombing – also supported the application, as did Rev John Mosey, whose daughter Helga, 19, also died on the flight.

Mr Anwar said Dr Swire told him: “It has always been and remains my intent to see those responsible for her death brought to justice.

“I still ache for her, what might have been, the grandchildren she would have had, the love she always gave us and the glowing medical career.

“For me this case is about two families, mine and Abdelbasset’s, but behind them now are seen to lie the needs of 25 other families in applying for a further appeal 31 years after the event itself. We need the truth.”

Mr Anwar said: “I pay tribute to the compassion, courage and perseverance of Dr Swire, Rev Mosey, the many British relatives of victims and of course to the family of Mr al-Megrahi, who lost a father, husband and son and describe him as the 271st victim.

“There is finally hope on what has been a long journey for the truth but there can never be a time limit on justice.

“A reversal of the verdict would have meant that the Governments of the US and the UK stand exposed as having lived a monumental lie for 31 years, imprisoning a man they knew to be innocent and punishing the Libyan people for a crime they did not commit.”

Campaign group Justice for Megrahi welcomed the SCCRC’s decision, adding it “gives some hope that the stain that has lingered over the Scottish justice system for so many years will ﬁnally be obliterated and that truth will triumph over deceit, self-interest and procrastination”.