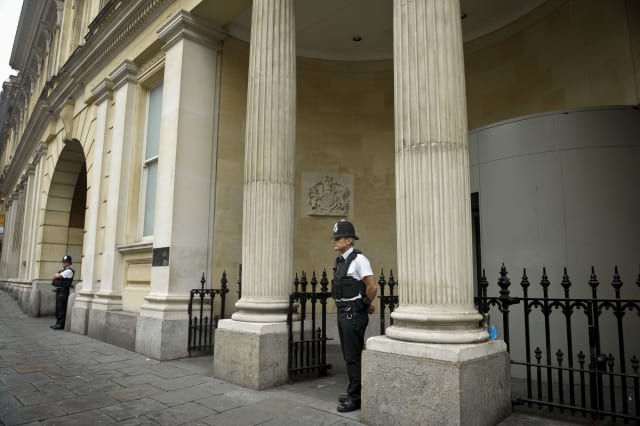 A grime artist has been convicted of holding four women against their will and repeatedly raping them.

Andy Anokye, 33, who performs under the stage name Solo 45, was found guilty at Bristol Crown Court of 30 charges relating to a two-year period.

He was unanimously convicted of 21 rapes, five counts of false imprisonment, two counts of assault by penetration and two of assault occasioning actual bodily harm.

The musician, who was part of the grime collective Boy Better Know, did not react as the jury of seven women and five men returned the verdicts following 10 hours and 55 minutes of deliberations.

Judge William Hart adjourned sentencing for a date to be fixed and ordered a psychiatric report to be carried out on the defendant.

He told the jury: “It is almost four months since we first met here to try this lengthy indictment.

“You have had to listen to and indeed watch some extremely graphic evidence and make very important decisions in the lives of all those concerned.

“I am very grateful to you. It is finally over.

“I will sentence Mr Anokye on a date that is convenient to counsel.”

Judge Hart excused the panel from jury service in the future and paid tribute to how they had listened to “quite disturbing” evidence during the trial.

The court heard the four complainants have made victim personal statements, describing the impact of Anokye’s offences on them.

During the trial, graphic video clips – filmed by Anokye on his mobile phone – were played to the jury.

In the footage, Anokye is seen interrogating the women about previous sexual partners, slapping them, insulting them and raping them.

One clip showed a woman crying and saying “I hate you”, with the musician laughing and making a thumbs-up sign to the camera.

Anokye, who was signed to Island Records, was described as a “violent, controlling narcissist and a bully” by prosecutors during the case.

Jurors heard how he derived sexual pleasure from torturing the women by water-boarding, interrogating, assaulting and raping them.

The musician spoke of dacryphilia – sexual arousal from tears – and enjoyed playing a game he called “Catch me, Rape me”.

Police launched an investigation in 2017 after a woman claimed she had been raped at Anokye’s waterfront apartment in Bristol.

Following his arrest, police examined videos and images on three mobile phones, an external hard drive and a laptop found at the apartment.

They contacted further women and four came forward with complaints of abuse at his hands.

A fifth woman also gave evidence against Anokye during the trial but jurors heard he could not be charged with alleged offences against her, as they took place abroad.

Anokye grew up on the Broadwater Farm Estate in Tottenham, London, but had a flat in Bristol.

He was remanded in custody, where he has been since his arrest, following the jury’s verdicts.