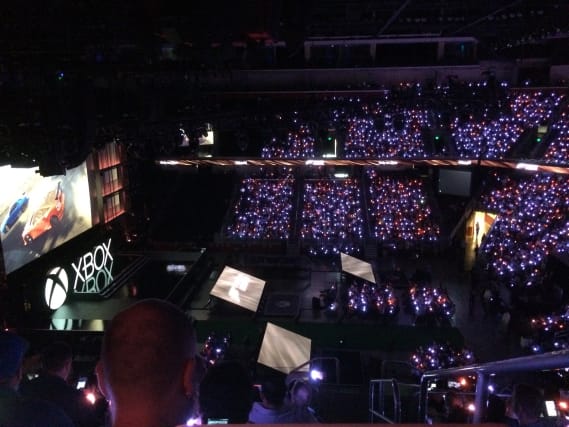 E3, the annual video games convention in Los Angeles, has been cancelled due to “overwhelming concerns” about the spread of coronavirus, organisers have said.

The convention, which had been due to take place in June, is one of the world’s largest gaming trade shows – with more than 100,000 attendees visiting each year.

High-profile industry names including Xbox, Nintendo, Ubisoft, and Sega were among those set to appear at the conference, which had been due to run from June 9-11.

It comes as the Los Angeles County Department of Public Health confirmed 17 cases of Covid-19 as of March 10.

The announcement also follows a number of other cancelled events within the technology sector, including Mobile World Congress (MWC) in Barcelona which was due to happen in February, as well as March’s South by Southwest (SXSW) arts and technology festival in Texas.

Google has also called off its annual developer conference, while Facebook had decided to pull the “in-person component” of its F8 developer convention and replace it with locally-hosted events and live streams.

In a statement, E3 organisers the Entertainment Software Association (ESA) said: “After careful consultation with our member companies regarding the health and safety of everyone in our industry – our fans, our employees, our exhibitors and our longtime E3 partners – we have made the difficult decision to cancel E3 2020, scheduled for June 9-11 in Los Angeles.

“Following increased and overwhelming concerns about the Covid-19 virus, we felt this was the best way to proceed during such an unprecedented global situation. We are very disappointed that we are unable to hold this event for our fans and supporters. But we know it’s the right decision based on the information we have today.

“Our team will be reaching out directly to exhibitors and attendees with information about providing full refunds.

“We are also exploring options with our members to co-ordinate an online experience to showcase industry announcements and news in June 2020. Updates will be shared on E3expo.com.

“We thank everyone who shared their views on reimagining E3 this year. We look forward to bringing you E3 2021 as a reimagined event that brings fans, media and the industry together in a showcase that celebrates the global video game industry.”

E3 – also known as the Electronic Entertainment Expo – started in 1995, attracting thousands of people from across the gaming industry each year.

Sony, makers of the PlayStation console, had already confirmed it would not be attending the event for the second year in a row – although that decision was not linked to the outbreak of Covid-19.

The cancellation comes during an important year for the video games industry, with both PlayStation and Microsoft – makers of the Xbox – due to launch their next-generation consoles at the end of the year.