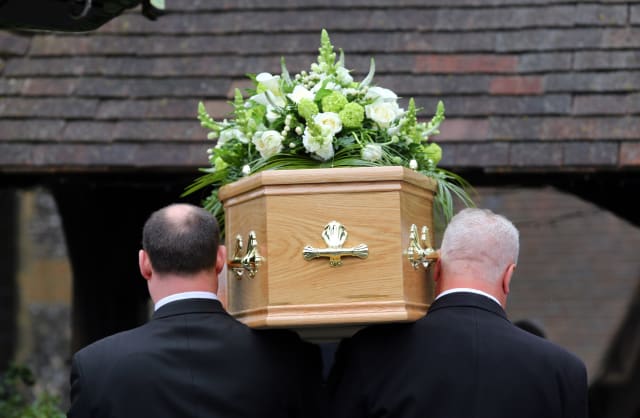 Shares in Dignity slumped on Wednesday as the funeral provider remained cautious ahead of a competition review, which is due later this year.

The company’s shares dropped 20% to 399p as bosses warned that an “unprecedented year” in 2019 would be followed by more challenges this year.

The Competition and Markets Authority is due to release its long-awaited report into the funeral industry later this year.

The CMA has already said it is “concerned about the effectiveness of competition” in the industry. It warned that some funeral directors are taking advantage of people in some of their most vulnerable moments.

Chairman Clive Whiley warned that Dignity’s income per funeral and cremation is likely to fall further in 2020, and that waiting for the CMA’s announcement will delay the company’s transformation plan.

“The impact of these challenges is currently unclear. For example, the draft report from the CMA is not anticipated until April or May 2020, with their final report currently due by the end of September 2020,” he said.

The board expects to give markets a more in-depth look at its outlook after the preliminary report is released.

The funeral provider said it is keeping an eye on the coronavirus outbreak, which has started claiming its first fatalities in the UK.

“The potential risks of Covid-19 to the group are being assessed regularly in light of the developing guidance and commentary from the Government,” it said.

“The group has business continuity and pandemic plans that are being assessed and adapted as necessary in case of need.”