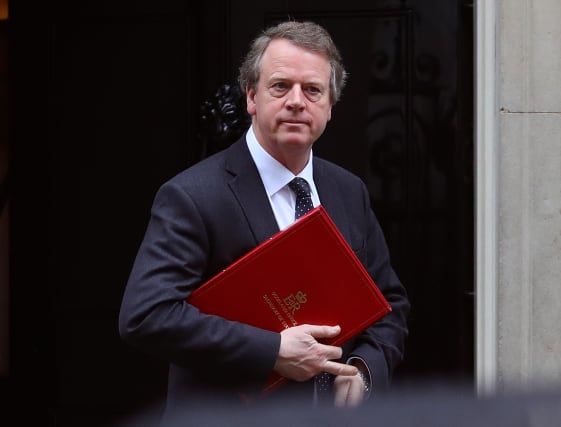 Funding an independence referendum using the cash given to the Scottish Government in the UK Budget would be a “very, very bad use of that money”, according to Alister Jack.

The Scottish Secretary said that a £2 billion funding boost for Scotland as part of the block grant should instead be used to improve public services in the country.

Speaking to the PA news agency, Mr Jack said that he does not believe any of the funding should be used to “promote separation”.

Mr Jack said: “It’s a £2 billion boost for the Scottish block grant, I think it takes it to north of £35 billion next year.

“I’d like all those things, it’s for the Scottish Government to decide. The money goes to them in a block grant, it’s entirely devolved and then they decide how they want to spend it.”

Asked whether the money could be used to fund a second Scottish independence referendum, Mr Jack said: “I would think that would be a very, very bad use of that money.

“The UK Government sends block grant money to Scotland every year and the deficit under the GERS report, the financial report produced by the Scottish Government, is £12.6 billion.

“I don’t think any of the money they get should be used to promote separation, I believe that they should be lauding the union dividend which is £2,000 per man, woman and child of increased spending in Scotland over the rest of the UK.”

Chancellor Rishi Sunak also announced plans to establish Treasury offices in Scotland, Wales and Northern Ireland, as well as a new economic campus in the north of England.

Mr Jack suggested that the move would help to boost the economy across the UK.

He said: “Well it’s taking civil servants out of London. It’s not dissimilar to what the BBC did with Salford, they’re taking people north. That helps the economy, you’re spreading the civil service workforce into other parts of the UK.

“It’s a very good way of taking salaries that are being paid and spent in other parts of the UK which boosts the economy, helps local shops, helps local restaurants, pubs and hotels, and everything else.

“So it’s just very good for the economy to do that, to not have everything London-centric.”

Asked whether giving the UK Government an increased presence in Scotland was a key factor around Budget decision-making, Mr Jack said: “Yes, I mean we’ve got the new Queen Elizabeth House (in Edinburgh) which will be opening in June down near Waverley.

“There will be 3,000 – from a number of different departments – UK Government civil servants working in that building and you know, that’s a great boost for that part of Edinburgh.”