Coronavirus: Chancellor says NHS will get whatever it needs 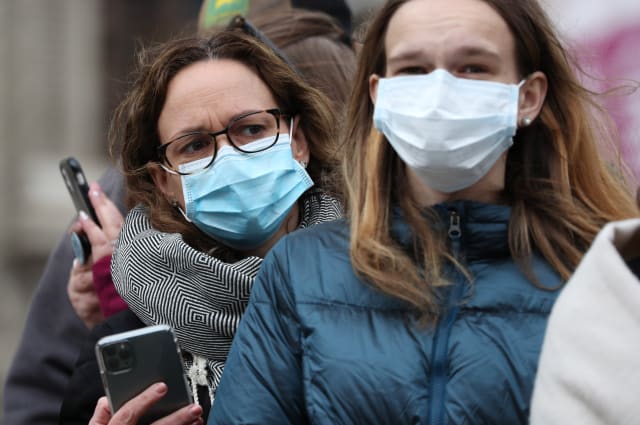 The Chancellor has promised the NHS “whatever it needs” in terms of funding to tackle the spread of coronavirus, as health minister Nadine Dorries remains in self-isolation after testing positive for the illness.

Rishi Sunak set out plans for the health service in his Budget and pledged security and support for those who are sick and unable to work due to the spread of Covid-19.

He offered support to any workers who become too ill to work, with new measures including the ability to obtain a sick note by contacting 111 rather than having to visit a GP.

And he said those working in the gig economy or who are self-employed will get quicker and easier access to benefits.

Mr Sunak said he was setting aside a £5 billion emergency response fund to support the NHS and other public services, adding that he “will go further if necessary”.

It comes after the Government said there were no plans to test any ministers, including Prime Minister Boris Johnson, for Covid-19 after Ms Dorries announced she had the virus.

PHE said it had assessed the risk of Ms Dorries’ individual close contacts and only those with symptoms need to self-isolate.

For each Covid-19 case, a risk assessment is carried out and advice tailored to that group, a spokeswoman told the PA news agency.

Labour MP for York Central Rachael Maskell said she is self-isolating on the advice of 111 following a meeting with Ms Dorries last Thursday.

Ms Maskell tweeted: “NHS111 have advised that I self-isolate as a result of a meeting I had with the Government’s Mental Health Minister last Thursday who has subsequently tested positive for Coronovirus. Thankfully I am asymptomatic. It is so important that we all follow all public health advice.”

Ms Maskell told the PA news agency that just herself, Ms Dorries and members of the minister’s staff were present at the meeting on Thursday.

She said: “I’m absolutely fine, obviously it’s frustrating because there are things I want to get on with.”

A Conservative MP also confirmed to PA that Ms Dorries had sent a message to the Tory WhatsApp group saying that a member of her staff is ill.

The health minister tweeted thanks to her well-wishers, adding: “It’s been pretty rubbish but I hope I’m over the worst of it now.

“More worried about my 84yo mum who is staying with me and began with the cough today. She is being tested tomorrow. Keep safe and keep washing those hands, everyone.”

But it is understood the PM had no close contact with Ms Dorries at the event, and has no symptoms, meaning he does not need a test.

Ms Dorries held a surgery in her constituency on Friday morning which was attended by up to 12 people, according to Steven Dixon, chair of the Mid Bedfordshire Conservative Association. Details of those who attended have been passed to the NHS, he said.

Health Secretary Matt Hancock, who will deliver a Commons statement on coronavirus at 7pm on Wednesday, tweeted that Ms Dorries had “done the right thing” by self-isolating.

–  NHS England chief executive Sir Simon Stevens announced plans to “invite up to 18,000 third year undergraduate nurses to help out on the frontline” in the battle against coronavirus

– England’s cricketers have been instructed not to sign autographs or pose for selfies with fans during their test tour of Sri Lanka, while Manchester City’s Premier League clash with Arsenal has been postponed as a “precautionary measure” over coronavirus fears

– The NHS in England is “ramping up” testing facilities so that 10,000 coronavirus tests can be performed each day

– Cambodian health authorities are testing people on a cruise boat docked in Kampong Cham, Cambodia, after a British passenger was reported to be infected with Covid-19. The vessel had sailed from Vietnam.

– British nationals from the Grand Princess cruise ship in the port of Oakland, California, will land in Birmingham on Wednesday evening and will be asked to go into self-isolation

– The Bank of England announced an emergency cut in interest rates from 0.75% to 0.25% in response to the economic impact of coronavirus.

A 53-year-old British woman is reported to have died from Covid-19 in Indonesia.

She was ill with other health conditions, including diabetes and lung disease, the Indonesian government said.

A Foreign Office spokeswoman said it was offering support, adding: “Our sympathies and thoughts are with her family at this difficult time.”

Another British man died in February after becoming infected on the Diamond Princess cruise ship in Japan.

Six other people have died in UK hospitals.