Cobra to decide on moving to ‘delay’ phase amid coronavirus outbreak 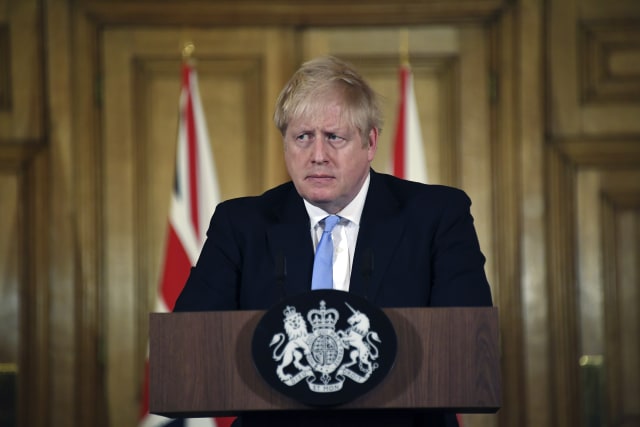 Ministers are expected to decide if the UK’s coronavirus response should move into the “delay” phase after the global outbreak was declared a pandemic.

Boris Johnson will chair a Cobra meeting at lunchtime on Thursday where ministers are due to assess whether Government action should shift out of the containment stage.

Moving to delay would mean social distancing measures could be brought in, such as restricting public gatherings, and more widespread advice to stay at home.

It comes after eight people with Covid-19 were confirmed to have died in the UK, while the total number of positive cases rose to 460.

A Cabinet minister was also reported to be self-isolating while awaiting a test result after coming into contact with health minister Nadine Dorries.

Ms Dorries is self-isolating at home after being diagnosed with the illness.

World Health Organisation (WHO) director-general Dr Tedros Ghebreyesus told reporters on Wednesday that the number of cases outside China has increased 13-fold in the past two weeks, and the number of affected countries has tripled.

He said individual countries could still change the course of the virus through their actions, but said the agency expected the number of deaths and affected countries to climb higher.

“We have therefore made the assessment that Covid-19 can be characterised as a pandemic.”

But Dr Tedros advised that despite the change in the language, WHO is still advising countries to remain in the containment phase.

Also on Wednesday, the Dudley Group NHS Foundation Trust said a patient in their 70s being treated for underlying health conditions had died after testing positive for Covid-19.

And the George Eliot Hospital NHS Trust in Nuneaton, Warwickshire, said an elderly patient being treated for a number of serious underlying health conditions had also died.

It came as 53-year-old British woman was reported to have died from Covid-19 in Indonesia.

She was ill with other health conditions, including diabetes and lung disease, the Indonesian government said.

Official figures show that 460 people in the UK have now tested positive for coronavirus, with the largest day-on-day jump recorded, and cases more than doubling in just four days.

Health Secretary Matt Hancock told MPs on Wednesday evening an emergency Bill is to be put before the Commons next week on measures to tackle coronavirus.

– England’s cricketers have been instructed not to sign autographs or pose for selfies with fans during their test tour of Sri Lanka, while Manchester City’s Premier League clash with Arsenal has been postponed as a “precautionary measure” over coronavirus fears

– PHE defended its decision not to test everyone with symptoms, saying it must focus on those at highest risk. The NHS intends to ramp up testing facilities

– E3, the annual video games convention in Los Angeles, has been cancelled due to “overwhelming concerns” about Covid-19

In Wednesday’s Budget, Chancellor Rishi Sunak set out plans for the health service in his Budget and pledged security and support for those who are sick and unable to work due to the spread of Covid-19.

Earlier, the Government said there were no plans to test any ministers, including Mr Johnson, for Covid-19 following Ms Dorries’ positive diagnosis.

Foreign Secretary Dominic Raab told the Daily Telegraph he was “at the tail end of a cold” after people on social media raised concerns about him coughing during the Budget.

He told the paper: “I’ve already been checked for coronavirus and it was negative.”