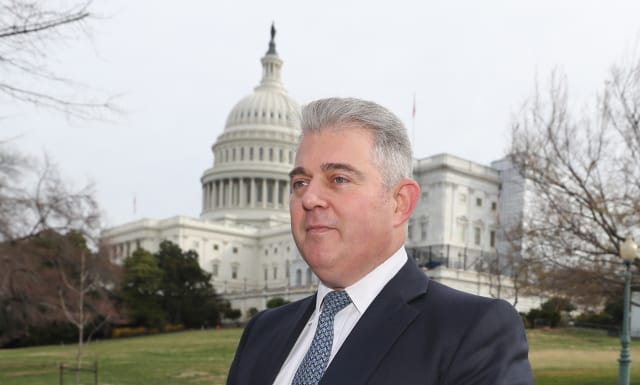 Northern Ireland Secretary Brandon Lewis has hailed the “massive further investment” in the region in the Budget statement.

Reacting to Wednesday’s announcement of an extra £210 million for public services in the region, Mr Lewis said it is “time for the Stormont executive to start making decisions and priorities around how it will invest the money it has got”.

Mr Lewis made the comments to the PA news agency on a visit to Washington DC where he is acting as the lone voice for the region in the annual pre-St Patrick’s Day engagements.

First Minister Arlene Foster and deputy First Minister Michelle O’Neill pulled out of the trip earlier this week to focus on efforts to contain the spread of coronavirus.

“They have taken a decision which I absolutely respect as deputy First Minister and First Minister, being at home to focus on that work the Executive is doing to make sure that we do everything we can to ensure that people in Northern Ireland, as we are for the whole of the UK, we keep as safe as possible,” he said.

Mr Lewis has been involved in meetings with State Department and White House officials as well as senior US Representatives and Congressmen.

On Thursday he will attend the White House reception, hosted by President Donald Trump, in honour of Taoiseach Leo Varadkar and the annual Friends of Ireland lunch at Capitol Hill hosted by Speaker Nancy Pelosi.

He described the reception as “very positive”.

“I think there is that very strong relationship that has been there historically between the USA, the island of Ireland and the UK, and there is obviously a huge love for Ireland as a whole island here in the US… and I have seen that even in the first few hours of being here,” he said.

Asked whether that love is likely to translate into additional dollars for Northern Ireland, Mr Lewis responded: “I think it can do, if you look at some of the sectors that have got really good opportunities ahead and some of the things I have seen in my first few weeks in this role – what is happening in cyber and digital work in Belfast, with US companies at the core of that – but also the creative industries when we look at what is happening with the film and TV industry and the growth that we are seeing there, and expansion of the studios there.”