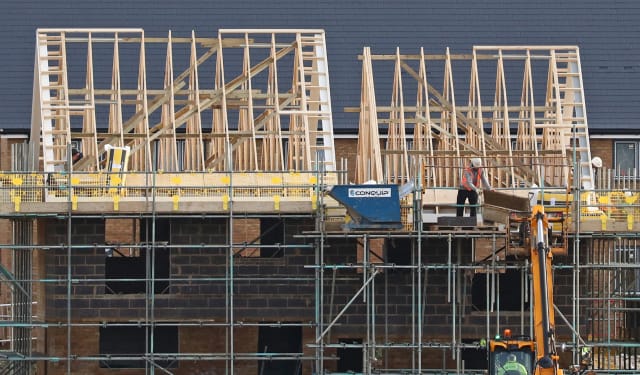 The economy stayed flat in January despite predictions that it would grow following a tough year that ended in an election, new figures have shown.

The Office for National Statistics (ONS) said that gross domestic product (GDP) remained unchanged, after growing by 0.3% in December.

The release on Wednesday morning, just ahead Chancellor Rishi Sunak’s first budget, dashed hopes that the economy was bouncing back after a clear win for the Conservatives in December’s election, bringing a year of political uncertainty to an end.

Analysts had expected the economy to grow by 0.2% in January, according to a consensus compiled by Pantheon Macroeconomics.

In the three months to January, GDP also remained flat.

The result “was somewhat disappointing given earlier business and consumer surveys suggest some post-election bounce in activity in early 2020,” said John Hawksworth, chief economist at PwC.

The worst-hit in January was the construction sector, which lost 0.8%, a swing from a 0.4% rise in December last year.

However, over the last three months, construction still saw higher growth, by 1.4%, compared to services, which flatlined, and production, which fell by 1%.

Commenting on the three-month figures, the ONS’s head of GDP Rob Kent-Smith said: “The economy continued to show no growth overall in the latest three months.

“Growth in construction, driven by housebuilding, offset yet another decline in manufacturing, particularly the drinks, cars and machinery industries.

“The dominant service sector also showed no growth in the latest three months with falls in retail and telecoms balanced by strength in rentals, employment and education.”

The ONS said last month that GDP growth slowed to a standstill in the last quarter of 2019 after a 0.5% rise in the period before.

As they are for January only, the figures do not take into account the major impact the the Covid-19 might have on the British economy.

“This old data is now heavily overshadowed by the potential economic impact of Covid-19 and the policy response to this being announced today. That response should help to mitigate the drop in GDP due to the impact of Covid-19 over the coming months and support a recovery in the economy later in the year,” Mr Hawksworth said.

The first cases started in China in December but it took weeks before the disease started impacting on the economy.

The impact has been so huge that the Bank of England cut interest rates from 0.75% to 0.25%, setting borrowing costs at their lowest point in history.