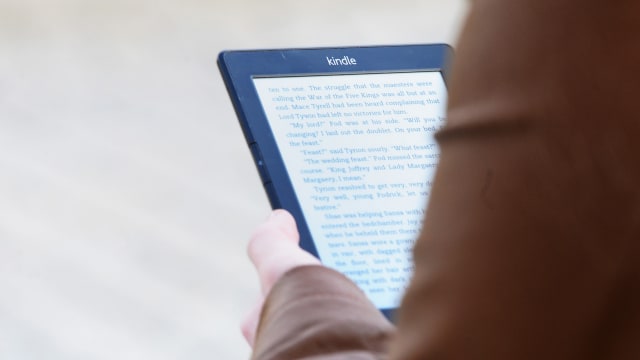 Chancellor Rishi Sunak delivered an early Christmas present for bookworms as he announced the abolition of the so-called “reading tax”.

Mr Sunak, who made the announcement as he delivered the Budget, said that VAT on digital publications, including books, newspapers, magazines and academic journals, will be scrapped from December 1.

Announcing the news, which was met with cheers, he said: “A world class education will help the next generation thrive and nothing could be more fundamental to that than reading. And yet digital publications are subject to VAT. That can’t be right.

“So today I’m abolishing the reading tax. From the 1st of December, just in time for Christmas, books, newspapers, magazines or academic journals, however they are read will have no VAT charge whatsoever.

“There will be no VAT on historical fiction by Hilary Mantel, manuals or textbooks like Gray’s Anatomy, or indeed works of fantasy like John McDonnell’s Economics For The Many”.

Books and newspapers have been exempt from VAT since the introduction of the tax in 1973.

In 2018, the European Union passed legislation that allowed its member states to remove or to apply lower VAT to electronic publications.

France, Italy, Belgium and Iceland were among those who agreed they would lower taxes, but the UK did not follow suit, with readers continuing to pay 20% VAT on digital publications.

They were joined by nearly 700 leading writers in sending a letter to then-chancellor Sajid Javid, claiming the current rate of 20% could stop “young readers, those from low income backgrounds, and those who struggle to read print from experiencing the joys of reading”.

The letter, sent to The Sunday Times, also said: “Reading is one of the greatest pleasures there is. Books are a passport to other worlds, to other ways of life. They help people develop empathy, offer comfort, inspire and challenge.

“It is vital that everybody can access the joy and opportunity of reading; regardless of their age, income or physical capability.”

The Publishers Association, whose Axe The Reading Tax campaign called for the removal of the “illogical and unfair” VAT on all digital publications, celebrated Mr Sunak’s announcement on Wednesday.

The official Axe The Reading Tax Twitter account posted: “We are thrilled that VAT will be removed from e-publications following the new Budget. This will mark an end to illogically taxing people who need or prefer to read digitally.

“Thank you so much to all the authors, organisations, parliamentarians and members of the public who called on the Chancellor to remove this 20% tax that acts as a barrier to literacy and discriminates against people who struggle to use or handle printed books.”