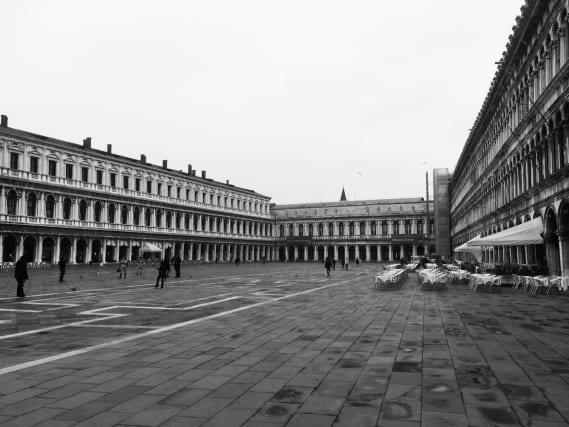 British expats living in Italy have described eerie scenes and fears over their finances after Italy was placed in lockdown due to the spread of coronavirus.

The country’s population has been told to mostly stay at home with more than 10,000 infections and soaring deaths recorded among its ageing population.

The virus has seen schools closed around the world as well as disruption to manufacturing and travel.

Philip Jones, 53, from Swansea, moved to Venice with his wife eight years ago, and works as a writer, teacher and translator.

“We’re in the period now when the tourist industry (usually) really starts to kick in and you start to see significant numbers of visitors,” Mr Jones told the PA news agency.

“I was in Piazza San Marco last Friday morning, even before the main restrictions came in, and it was empty at 10 o’clock in the morning, absolutely empty. It’s usually packed.

“It’s been amazing, it’s like somebody has turned the key and switched the visitors off.”

Despite reports of supermarkets worldwide being flooded with panic buyers, the scene in Venice is apparently more serene, with people queuing to buy groceries amid limits on the numbers who can go in at one time.

Others expressed concerns about the impact the crisis would have on the economy, in particular part-time workers and the self-employed.

Melissa Stott, 47, originally from Bishop’s Stortford, has lived in Italy for 24 years and works as a self-employed music and dance teacher.

“My work has completely stopped which I am really going to feel next month or the month after,” she told PA.

“This is the third week and we’ve got another three weeks after this, so six weeks with no pay. Any hours I don’t do I don’t get paid for.”

Musician and teacher Andy Gilmour, 51, originally from Edinburgh but now based in Umbria with his wife, said the couple are “definitely worried about (the) financial situation”.

“Most people here are genuinely just squeaking by financially,” he added.

“My wife already had her state school classes suspended, but now the private language schools we both work for have also put lessons on hold… and we have no idea what the situation with pay will be.”

Ms Stott said she sympathised with parents having to juggle work and children who would otherwise be at school.

She added that she did not “dare” make plans due to the frequency of new decrees, but said: “I suppose like everybody else I’d have to reinvent myself.”

Mr Jones said the novelty of an empty city in Venice was entertaining to begin with but the reality was setting in, especially for those he had got to know in the tourism industry.

“The first few days of this, people were thinking, ‘wow, isn’t the city fantastic? Isn’t it beautiful when it’s like this?’. But now it’s not funny any more,” he said.

“People are realising how serious this is economically for them, and it’s terribly sad for a large number of people.”

But he believed the city would bounce back.

“It’s going to be difficult. But then again, this is the city that’s had the Black Death several times,” said Mr Jones.

“It’s down but it’s not out. There’s still some life in the old place yet.”