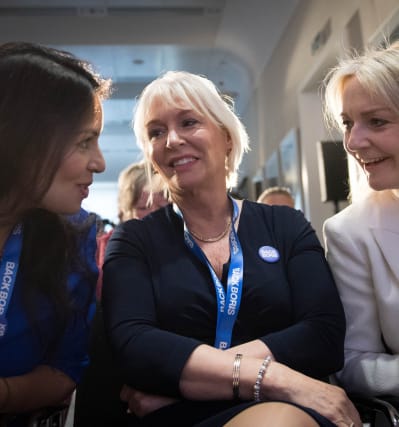 Here we look at what this could mean for Parliament.

What happens now to Parliament?

Following Ms Dorries’ diagnosis, a Parliament spokesman said there were still no plans to suspend Parliament to prevent the spread of the virus.

“We are closely following guidance from Public Health England in response to the situation and have been reassured that the measures we are taking are proportionate and appropriate,” he said.

“At present there are no plans to suspend Parliament. Changes to the way Parliament functions would be a matter for consultation between the Speakers, the Government and the parliamentary authorities.”

What extra measures are being taken?

A Parliament spokesman said the extra measures implemented by the Palace of Westminster are in line with recommendations for the general public and include “placing information posters across the parliamentary estate encouraging thorough handwashing”.

Further measures that could be taken range from a total ban on palace visitors to shutting down Parliament for three months.

Who will be tested?

All health ministers, including Health Secretary Matt Hancock, could now be tested for the virus, as well as any other officials who have recently come into contact with Ms Dorries.

Number 10 has not commented on whether the Prime Minister has yet or will now be tested.

What are politicians saying?

Mr Hancock took to Twitter to wish Ms Dorries well in her recovery.

“Really sorry to hear Nadine has tested positive for coronavirus. She has done the right thing by self isolating at home, and both NHS and PHE staff have been brilliant. We all wish her well as she recovers.”

He also moved to ease the public’s concerns over the outbreak.

“I understand why people are worried about this disease,” Mr Hancock said.

“We will do all we can to keep people safe, based on the best possible science.”

Mr Hancock’s sentiments were echoed by the shadow Health Secretary Jonathan Ashworth, who tweeted: “I send my very, very best wishes to @NadineDorries and absolutely endorse (what) @MattHancock is saying.

“I know this is an extremely worrying time for our constituents. Our NHS & PHE staff are doing us all proud in very challenging circumstances.”

Ahead of Wednesday’s budget, Chancellor Rishi Sunak told the BBC’s Andrew Marr Show that the NHS would receive any additional funding required to deal with the Covid-19 epidemic.

He said: “I can say absolutely, categorically, the NHS will get whatever resources it needs to get us through this crisis.”