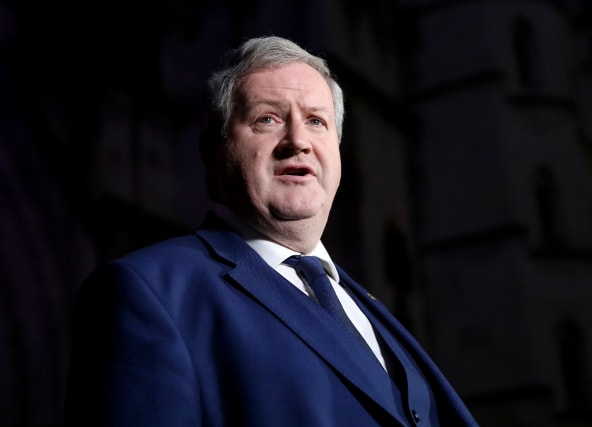 The SNP must take a “legitimate and legal route” for Scotland to gain independence, the party’s Westminster leader has said.

Ian Blackford has dismissed some calls from within the SNP for a “plan B” in the face of the UK Government’s continued refusal to allow a second independence referendum.

Long-serving MP Angus MacNeil has argued an SNP majority victory in next year’s Holyrood election should be seen as a mandate for independence if Boris Johnson continues to block a second referendum.

Speaking about Scottish independence at a London School of Economics (LSE) debate society event, Mr Blackford stressed to “see this through” the party would have to adopt a “legitimate and legal route”.

He said the “path and destination of Scotland’s independence can only ever be found through the democratic will of our people”.

Mr Blackford said it was via this “path of persuasion” that a majority of Scots would come round to leaving the rest of the UK.

He also said the UK “in its entirety, is immersed in a constitutional crisis” as a result of Brexit.

The Ross, Skye and Lochaber MP added: “The United Kingdom that Scotland voted to remain part of 2014 no longer exists.

“The union on these islands, as once was, is simply no more.”

Warning a no-deal Brexit was “still very much hanging over our people and our businesses”, Mr Blackford said: “Scotland’s economic interests are no longer served by being a part of this union.

“The landscape of the last decade – of austerity, of Brexit, of deep uncertainty and instability – has come at a great cost.

“It is therefore little wonder that more and more of our citizens are seeking to escape that prolonged austerity and escape Brexit.

“Rather than the instability and limitations offered by the UK, an independent country now offers the Scottish people both stability and opportunity.”

He added: “If the 2016 Brexit referendum was the moment when our political futures met a point of divergence, we are now at the cusp of a moment of decision for Scotland’s people.”