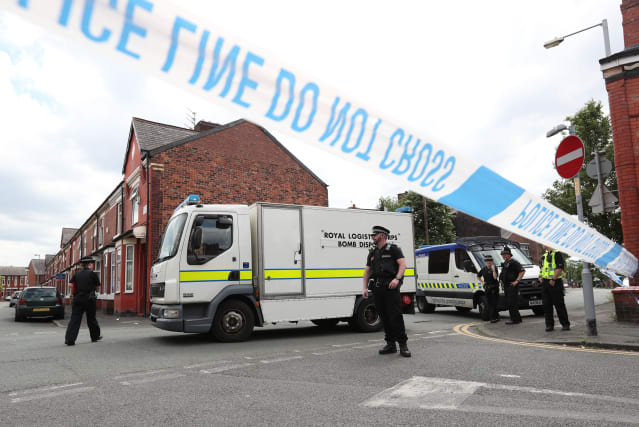 Scientists are trying to develop technology to stop radios and mobile phones being used to detonate homemade bombs in a bid to fight off “fast-evolving threats” from terrorists.

The Ministry of Defence (MoD) is expected to spend at least £3 million in the search for the right equipment and is offering the funding to companies that enter a competition.

The hunt for “vital” new technology is part of growing efforts to “counter complex and fast-evolving threats” which could be life-saving, in a bid to update equipment already available to fight terrorism.

The contest calls for “innovative proposals to thwart adversaries, terrorists and criminals from using everyday communications items such as radios or mobile phones and networks to trigger homemade bombs and explosives”.

It is run by the Defence and Security Accelerator (Dasa) – the part of the MoD tasked with finding and funding technology which can give the UK’s armed forces and security services a “strategic advantage over adversaries”.

The contest is particularly searching for new ways of detecting and jamming radio frequency signals, and techniques to “quickly and effectively neutralise target devices”.

The technology could play a key role in helping the armed forces thwart terror attacks before they happen and may be able to stop one in its tracks.

A Dasa spokesman said: “Our adversaries readily manipulate and exploit everyday electronic and communication devices to enable improvised threats to the public as well as our military and security forces.

“We must consider any novel or innovative solution to this challenge that has the potential to enhance our existing capability, allowing us to maintain our advantage and protect the nation, and our people, from emerging threats.”

At least £1.5 million is expected to be made available for up to 10 proposals during the first phase of the competition – which launches in April – with extra cash to be provided as the technology is developed.