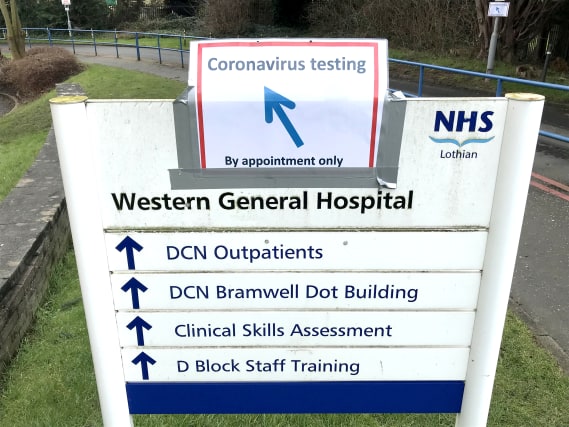 More than £1 million is being spent on a “rapid scaling up” of NHS facilities for video consultations in the wake of the coronavirus outbreak, Health Secretary Jeane Freeman has announced.

The Scottish Government is putting £1.24 million into the NHS Near Me system, which is currently used for hospital outpatient appointments with consultants.

But the increase in cases of Covid-19 means it could also be used for GP appointments, with Ms Freeman saying this will help to reduce face-to-face contact.

She told MSPs at Holyrood on Tuesday such a move will be necessary “should there be significant increases in the need for self-isolation”.

As well as scaling up the support for video consultations, she revealed the Scottish Government is also considering how trainee doctors and nurses could be drafted in to help the NHS effort.

The Scottish Government has already announced it is looking at how recently retired medical professionals could be brought in to bolster the number of staff working in the health service.

Ms Freeman said: “Work is also in hand to explore how we might use students who are close to finishing their training in nursing and in medicine to allow them to be registered temporarily to support our efforts if needed.

“We are also accelerating our NHS Near Me provision with immediate investment of £1.24 million to ensure we can support the video consultations, which will be essential to help us to reduce face-to-face contact.

“And that will be necessary should there be significant increases in the need for self-isolation.

“This is a rapid scaling up of these services, which have previously been used largely in rural areas but will now become more common in our urban settings, too.”

Further work is taking place to help NHS 24 cope with an increase in demand for its services, with Ms Freeman saying the advice service could do telephone consultations “should there be restrictions on people’s ability to visit their GP or practice nurse”.

She insisted no measures have been ruled out as the NHS seeks to deal with virus, which has spread rapidly across the globe

The latest figures show 319 people in the UK are now confirmed to have Covid-19 and six people have died in British hospitals.

In Scotland, the total number of cases rose to 27 on Tuesday, up four from the previous day.

The UK has so far resisted imposing more stringent measures, such as mass closures of schools.

Ms Freeman stressed Scotland and the rest of the UK were still in the “contain” phase of the fight against the virus.

But she said the move to the next phase – aimed at delaying the spread – could happen “relatively soon”.

She said: “Understandably people will be looking to the situation in other countries and questioning why some of the moves they are taking are not being made here yet in Scotland or in the UK.

“No measure has been ruled out and the actions we take may develop over time and be added to as we seek to manage the impact of the infection and protect life.”

While stricter measures may have to be brought in, the Health Secretary said: “Timing is critical, if we take those measures too soon we will not have the impact we need.

“If we take them too late we will not reduce demand to the level required.”