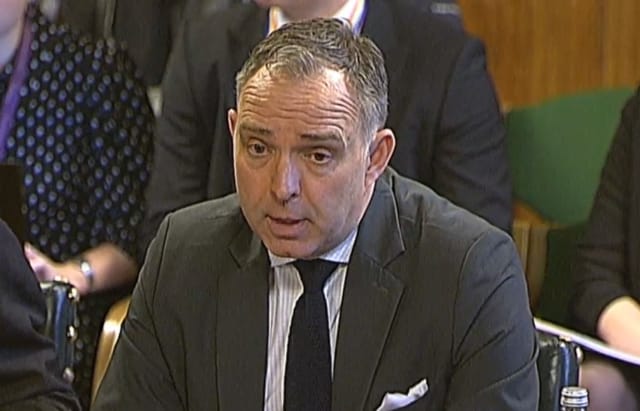 Ministers are expected to behave “professionally and courteously” in their dealings with their officials, the head of the Civil Service has said.

But giving evidence to the Commons Public Administration and Constitutional Affairs Committee, Sir Mark played down suggestions that a definition of bullying should now be included in the ministerial code.

Sir Philip dramatically resigned last month as permanent secretary at the Home Office, accusing Ms Patel of bullying staff and announcing that he intended to sue for constructive dismissal.

It subsequently emerged that Ms Patel – who is now facing a Cabinet Office investigation – had faced similar allegations while she was a minister in the Department for International Development and the Department for Work and Pensions.

She denies the claims against her.

Sir Mark said that differences between ministers and their senior officials were normally resolved in private. When they could not be overcome, it was his job to step in to “restore harmony”.

“I think this is clearly a very regrettable incident. I regret Philip Rutnam’s decision to resign and hoped it could have been avoided. We have to allow that case and indeed the other investigation to take their course,” he said.

“I don’t think we should necessarily try to write further regulations around relationships when the vast majority of cases are conducted professionally and in accordance with both the letter and the spirit of the various codes.

“There are tensions and differences, we deal with those when they arise. In general, I think the mechanisms we have available to us are adequate to the task.”

Sir Mark said the ministerial code already made clear that bullying, harassment and discrimination were unacceptable and he played down the idea that formal definitions should be written into the code.

“There are well established definitions within employment law about what constitutes bullying and harassment and discrimination,” he said.

“We apply those throughout the Civil Service and throughout government and I would expect those definitions to apply.”

He said there were processes within Whitehall for dealing with complaints of bullying, whether by ministers or officials.

Often they resulted in “some kind behavioural intervention” such as “advice or coaching on the impact that they might be having on others”, although there were formal sanctions for the most serious cases.

Sir Mark confirmed there had been cases where senior officials had been “moved on” to other posts when the relationship with ministers had broken down.

However he said that there was an expectation that ministers and officials would use their “best endeavours” to make the relationship work in the interests of good government.

“The job of the Civil Service is to support ministers, build a relationship of confidence and trust with them,” he said.

“The expectation on ministers is also to conduct themselves professionally and courteously and try to get the best out of their Civil Service team.

“That is the most effective way of delivering the Government’s agenda. If it doesn’t work, then it doesn’t work and we will take whatever the appropriate action might be.”