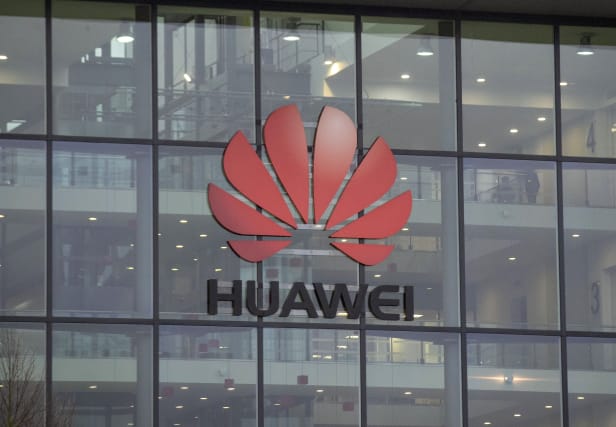 Ministers have moved to head off a damaging Commons revolt over Chinese telecoms firm Huawei’s involvement in Britain’s 5G network.

Culture Secretary Oliver Dowden wrote to Tory MPs setting out the measures the Government was taking to restrict Huawei’s involvement and restated the commitment to see it replaced by competitors over time.

Prime Minister Boris Johnson faces the prospect of his first Commons rebellion since the general election over his decision to allow the firm to supply “non-core” elements of the 5G network.

In his letter to colleagues, Mr Dowden said: “I wish to stress again that the Government is clear-eyed about the challenges posed by Huawei.

“That is why the National Security Council made a decision to: exclude them from the security critical network functions in 5G networks, and reduce their presence in other network functions up to a strict market share cap of 35%.

“This position is based on the comprehensive security advice provided by the cyber security branch of GCHQ, the National Cyber Security Centre.”

He insisted that the Government’s aim remained to reduce reliance on high-risk vendors as competitors to Huawei emerged – although he did not set out the kind of timetable sought by the Tory rebels.

“We want to get to a position where we do not have to use a high-risk vendor in our telecoms networks at all,” he said.

The rebel amendment to the Telecoms Infrastructure (Leasehold Property) Bill could be pushed to a vote, which could embarrass Mr Johnson but is unlikely to result in a defeat given the comfortable Commons majority the Prime Minister achieved in December’s general election.

In his letter to MPs, Mr Dowden said it was “not the right Bill” for the rebels to use in their protest against Huawei, as the legislation simply enables telecoms firms to install broadband services in blocks of flats where occupiers have asked for it and the landlord is not responding.

“Parliament will be able to express its views on the controls on high-risk vendors when the Government brings forward the legislation to introduce the new telecoms security regime,” he told them.

“The Telecommunications Security Bill will be brought forward by this summer.”

Experts from the National Cyber Security Centre will give evidence to parliamentary committees as part of the process around the legislation, he said.

Their move reflects widespread misgivings across the party over the decision, with fears that it could give China a “backdoor” to spy on the UK’s telecoms network.

But a former chairman of BT warned that excluding Huawei from Britain’s 5G network will “significantly set back” the Government’s ambitions to extend broadband access.

Sir Mike Rake, who now acts as an adviser to the Chinese tech giant, hit out at what he said were “ill-informed assertions” about the dangers of allowing the company access to the UK’s critical national infrastructure.

In an open letter, Sir Mike said they should accept the advice of experts at GCHQ that the risks can be managed with the safeguards and limits the Government has established.

“Any attempt to further restrict Huawei 5G equipment, or to remove existing 4G equipment, will not only incur very significant costs, but prejudice trade relationships with China and will significantly set back the Government’s broadband ambitions,” he wrote.

“This, in turn, will further damage our competitiveness as an economy, at what is a critical moment.

“We cannot afford to set back the important technological and communication progress we have made, with ill-informed assertions which are not supported by the facts and the experts.

“The Government has taken an evidence-based decision and we should all support it.”

The Prime Minister’s official spokesman told a Westminster briefing: “Market failure has left us in this position and we want to get to a position where we do not have to use a high-risk vendor in our telecoms network.

“We will keep the 35% market cap under review.

“Our intention is for this share to reduce as market diversification takes place.

“We will work with the US and our partners to diversify the telecoms market and develop alternative suppliers.”