Lombardy ‘relatively normal’ despite social distancing in supermarkets and bars 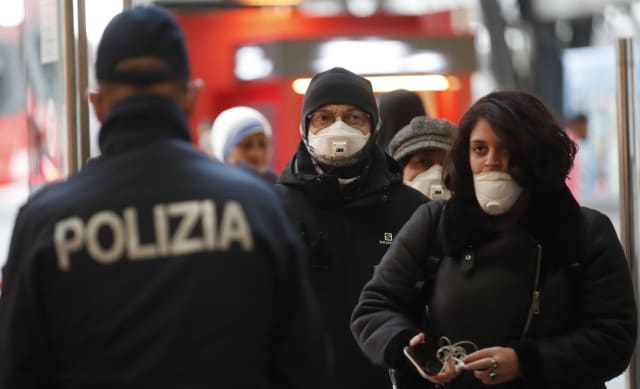 A British teacher has called life in a locked-down Italian city “relatively normal” despite emergency measures being extended to the whole country in a bid to stop the spread of coronavirus.

Jamie McCully, who lives in Bergamo, Lombardy, said signs in supermarkets advise shoppers to keep at least one metre distance between one another, while public transport remains deserted.

The number of infected people in Italy has climbed to nearly 10,000 – making it the most affected country after China, with the Lombardy region hardest hit by the Covid-19 outbreak.

The 25-year-old from Glasgow, who moved to Italy four years ago, described empty streets in the city, which is to the north-east of Milan, and “really quiet” tourist hotspots.

He said alarm started in the area three weeks ago, when it was announced that schools in Lombardy were to be closed as a precaution.

“That’s when we all started to panic,” he told the PA news agency.

“I remember I was in a supermarket and I saw a guy buying 90kg of pasta, I saw another guy with 36 litre bottles of water in his trolley. People were panicking quite a lot.”

Mr McCully said that although supermarkets and shops are “functioning normally” at present, measures have been put in place to limit contact between members of the public.

“Whenever you walk into a shop, there’s a sign on the door that says please maintain a distance of one metre from other shoppers,” he said.

“Some bars have put down bright yellow tape, to say these are the designated areas. So if you are in a bar, you can’t go to the bar, you must be sat at a table.

“You’ve got hairdressers, beauticians, that are only allowing one customer in at a time.”

He said that many workplaces had introduced home-working and, as a teacher at a private school, he has been conducting lessons via Skype.

Mr McCully told PA that locals could “move freely” around the city, but added: “We can’t leave and nobody can come in.

“I mean, everything still feels relatively normal. I know it’s strange, because I can’t go to work, places are shut, that kind of thing.

“I think since the initial weekend panic people have relaxed. People are just staying at home, the streets really are quite empty.”

Although hundreds of flights between the UK and Italy have been cancelled following the increased lockdown measures, the 25-year-old said he is not concerned at present.

He said: “I think if we get to the end of March and it’s still the same situation, then yeah, I will be concerned.

“The decree at the minute is that the situation will remain as it is until April 4.

“So I think I’m going to hold out until then and see what happens.”