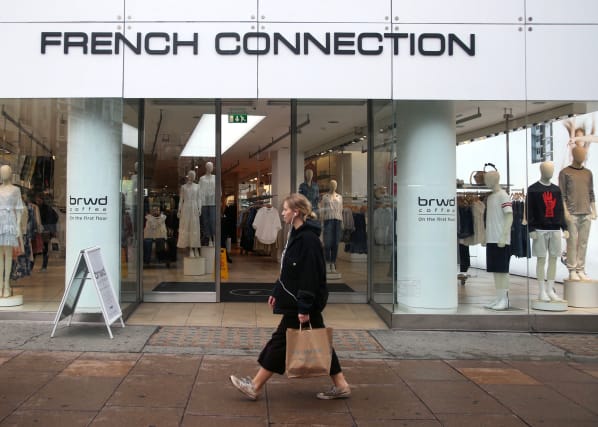 French Connection slid to a loss last year as the gloom on UK high streets took its toll.

The fashion retailer missed its guidance for the year after trading in the second half was “considerably worse than expected” following a poor festive period.

It said revenue fell 11.4% to £119.9 million for the 12 months to January 31 as it was weighed down by store closures and “the difficult retail trading environment”.

Chairman and chief executive Stephen Marks said the company’s performance “has not been as anticipated” and the business has not been assisted by “potential uncertainty due to the Covid-19 coronavirus”.

French Connection slipped to an underlying loss of £2.9 million during the year, from an £800,000 profit in the previous year.

It said like-for-like sales continued to decline in the UK and Europe, falling 2.5% over the period.

The company said it has also been hit by its closure programme, which saw 11 high street stores, three outlets and four concessions shut their doors.

It also took a £500,000 hit from the closure of its joint venture in Hong Kong and China.

However, the company said it was pleased with the “continued good performance” of its wholesale business in the US and has good forward orders in the UK, to be delivered during the first half of the year.

Mr Marks said: “We believe the trading landscape in the UK is unlikely to improve in the short term and this has a potential impact on both the retail and wholesale businesses.

“Against this background, we are working hard to ensure we are operating as efficiently and cost- effectively as possible while working closely with all our trading partners to maximise business with them.”

Shares in the company tumbled 8.5% to 16.9p in early trading on Tuesday.