Coronavirus: Why is Italy the second worst affected country after China? 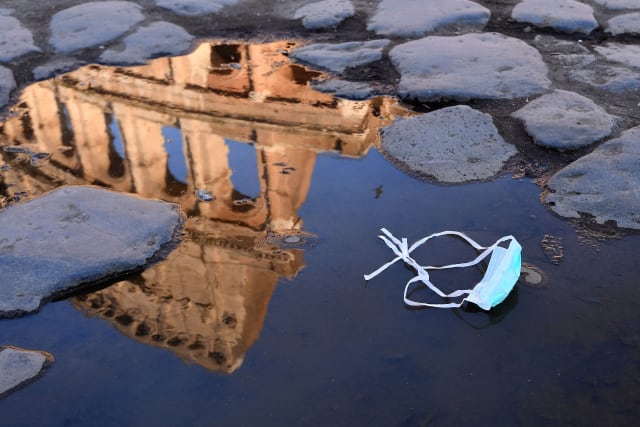 Italy has the largest number of coronavirus cases outside China, where the outbreak started.

Here, the PA news agency looks at factors that might have contributed to that.

– How bad is the situation in Italy?

Italy’s total number of confirmed coronavirus cases is creeping towards 10,000.

– Coronavirus may have gone undetected in the country since late January

The first person to test positive in the north of Italy who had not been to China was confirmed to have coronavirus on February 21. By that stage the 38-year-old man had already infected his wife and several doctors, nurses and patients at the hospital where he had attended with flu-like symptoms three days earlier.

Experts now think the virus may have been present and spreading in northern Italy since at least the second half of January.

– Italy has a high population of older people

Dr Giovanni Rezza, head of infectious disease at the National Institutes of Health, has attributed Italy’s high death rate to the fact that the country has the world’s oldest population after Japan.

Most of those who have died are elderly with previous health issues.

For that very reason the high death rate is not surprising, said Professor Marina Della Giusta from the department of economics at the University of Reading.

“The little we know so far of this virus is that it has much higher mortality rates for older people, at least that’s what the Chinese data suggests so far.

“Italy is the oldest country in Europe probably so that won’t be surprising. The demographic affected is way bigger than it would be in lots of other places.”

– The country has a sociable, outdoor culture

She said: “The interpersonal physical space in Italy is a lot shorter than it is in the UK.

“Their habit is to kiss each other when you say hello. There is higher physical contact anyway around the Mediterranean between people and people are outdoors more at this time of year than they are in other parts of Europe, where it’s still a bit colder.”

– Movement between regions did not stop when schools were shut

Professor Della Giusta, who is originally from the Piedmont region in the north-west of the country, said many people did not take self-isolation measures very seriously when schools were first closed in northern regions a few weeks ago.

“When schools got shut in Lombardy a lot of people just took their kids and went off on holiday to their holiday homes in the mountains and at the seaside in the other regions. They thought they were making their kids safe by taking them away, but this kind of behaviour is really very damaging.”

Some experts have described the country-wide lockdown as not only unprecedented, but also unsustainable.

Professor John Edmunds from the London School of Hygiene and Tropical Medicine said it will probably only have a short-term impact.

“If they can’t be sustained for the long term, all they are likely to do is delay the epidemic for a while,” he said.

But Prof Della Giusta said Italy’s current measures are “excellent” and “entirely appropriate”. She said the government had reacted too slowly initially.

– Would a lockdown work for the UK?

Professor Paul Hunter from the University of East Anglia said a lockdown probably would not be appropriate here but that measures in this country are likely be stepped up as the disease progresses.

He said: “We are currently seeing a much more gradual increase in numbers and these are already distributed throughout the UK, unlike the situation in Italy where cases were concentrated in a single region.

“More rigorous social distancing measures are likely to be implemented in the UK over coming days or weeks as case numbers increase. But the timing of their introduction will be chosen to hopefully maximise the benefit whilst minimising the harm to British society.”