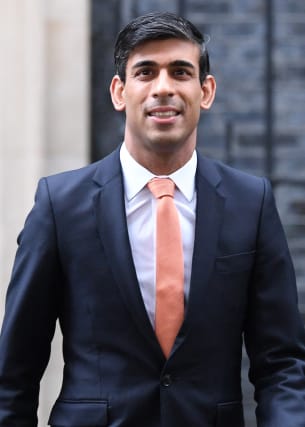 Chancellor Rishi Sunak has promised to invest “historic amounts” on infrastructure and innovation in the Budget he will deliver against a backdrop of coronavirus instability.

The Treasury said hundreds of billions of pounds will be pledged on Wednesday in infrastructure including on roads, railways, broadband and housing.

However, the Government has faced criticism for delaying its key National Infrastructure Strategy to tackle the climate crisis and boost transport connectivity.

Meanwhile, analysts were keeping a watchful eye on whether the Chancellor sticks to the Tories’ fiscal rules as he seeks to shepherd the UK through the coronavirus outbreak.

The Treasury said he would triple the average net investment seen over the past 40 years taking it to the highest levels in real terms since 1955.

Speaking on the eve of his first Budget, Mr Sunak pledged that “no region will be left behind” when he unveils the financial plan.

“We have listened and will now deliver on our promise to level up the UK, ensuring everyone has the same chances and opportunities in life, wherever they live,” he added.

“By investing historic amounts in British innovation and world-class infrastructure, we will rebalance opportunities and lay the foundations for a decade of growth for everybody.”

The incoming investment was said to be shaped by the findings of a review by the “Green Book”, the manual used by ministers to make investment decisions across the country.