Airport chief in call to remove tax on short-haul flights 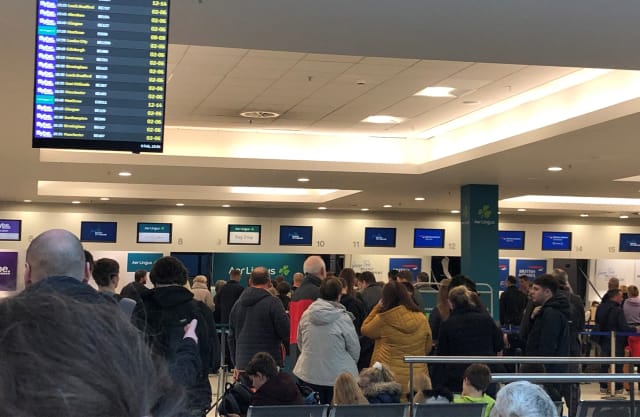 Removing a tax on short-haul flights would help save a Belfast airport from a “perfect storm”, its chief executive has said.

George Best Belfast City Airport has lost two thirds of its passenger base and more than 500 weekly services from and to 12 destinations across the UK with the collapse of the Flybe airline.

Airport chief Brian Ambrose spoke with transport minister Kelly Tolhurst on the serious implications of Covid-19 for the airline industry. The Chancellor makes a Budget statement on Wednesday.

Mr Ambrose said: “This coupled with the demise of Flybe, has positioned Belfast City Airport at the centre of a perfect storm as it seeks new airlines.

“The removal or phased reduction of air passenger duty (APD) is one mechanism that Government could enact in the forthcoming Budget that would go some way to rebalancing the economy.

“Safeguarding regional connectivity is essential, if we are to thrive as an island off an island.”

APD is a tax levied on airline passengers.

It does not apply on long-haul flights from Northern Ireland and airports want it to be scrapped for short-haul journeys as well.

Flybe was responsible for around 80% of Belfast City Airport’s flights.

The regional airline went into administration last week after a bid for more financial support failed.

It is continuing its negotiations with a number of airlines in an effort to fill the routes vacated.

Loganair has taken up some of the scheduled services to Aberdeen and Inverness.

Mr Ambrose said the loss of regional connectivity will be felt hard across Northern Ireland.

He added: “With the Irish Sea separating us from our principal market, trains or alternative forms of transport are not feasible options for the business community, which make up a large proportion of the 1.6 million passengers who flew with Flybe to and from Belfast last year.”

Official advice is warning against travel to some affected areas.

Meanwhile, the leaders of four leading business membership organisations in Northern Ireland, including the CBI, have called on the Chancellor to scrap domestic APD.

They said: “This will kick-start regional air connectivity in Belfast, whilst assisting airports such as Belfast City as they pursue new airlines to fill these routes in a difficult environment.”