Share
PA
A former Scottish Government official has told a court she felt "hunted" by Alex Salmond moments before an alleged attempted rape in Bute House.

The former first minister of Scotland was at the High Court in Edinburgh on Monday for the first day of his trial over accusations of sexual assault.

The woman was first to give evidence and spoke about two alleged incidents, including one charge of the 65-year-old trying to rape her in June 2014.

It is alleged the incident took place after a dinner at the first minister's official residence. 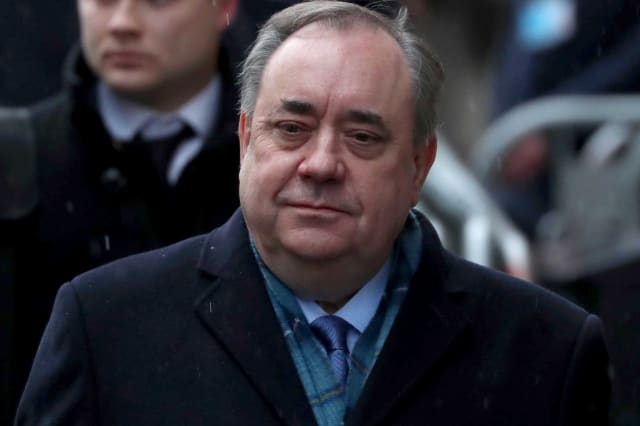 She said: "He was touching my legs, running his hands up and down them. He started trying to kiss me and things – kiss me and touch my shirt and my upper body.

"I was talking to him the whole time, trying to explain why this wasn't OK.

"It wasn't getting through, he thought it was funny, he was trying to make banter of it."

It was heard he blocked her path when she tried to leave and began groping her as well as kissing her.

She said: "At this point, I started to feel scared. I can only really describe the next set of events as feeling you were in the ring, like Muhammad Ali and Foreman. 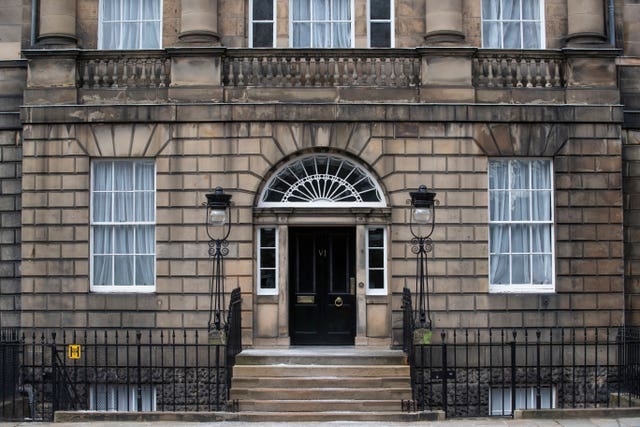 "It was constant, it wouldn't stop."

The court heard Salmond kept asking her to stay overnight and she agreed but on the condition they stayed in separate rooms.

She described this as being "a bit of an escape plan".

When she entered her room it was heard Salmond followed her in with a bottle of red wine.

She told the court Salmond "pounced" on her, stripped himself naked, took her clothes off and pushed her on to the bed.

The woman said he then climbed on to the bed and on top of her.

She added: "I felt like I was hunted. I remember feeling him on top of me. He was aroused, his private parts on top of me.

"I just did one final push to get him away and managed to get him on the other side of the bed. He kept saying to me he will be a great lover.

"I think he was a bit drunk – he could be quite or a lot drunk, it was hard to know.

"He was muttering how I was being stupid and then he passed out and started snoring."

She told the court she did not give him any indication that she would welcome such contact.

The woman added: "Why would I want to go out with him? He's a much older man who didn't look after himself."

It was heard she had been due to go to a football match with the former first minister but decided not to go.

It was heard the same complainer had stayed behind to do work with Salmond when they began doing shots of a Chinese white spirit, which she described as an unusual incident.

The complainer described Salmond as being "half-cut" and that he was in a "good mood".

The court heard he sat on the floor and asked her to sit next to him.

She said: "He was putting his hand down my top and kissing my face and neck and touching my legs. He was laughing."

It was heard she then managed to make her excuses and leave.

His lawyer Gordon Jackson QC lodged a special defence of alibi for the alleged incident in May 2014.

Consent was also given as a defence for three alleged sexual assaults and an alleged indecent assault against three women.

Judge Lady Dorrian earlier told the jury of nine women and six men they must be "impartial" during the trial.

Salmond – who was Scotland's first minister from 2007 to 2014 – faces a number of other sexual assault charges, as well as two indecent assault charges.

His trial, which is expected to last for four weeks, continues on Tuesday.