Research by the 2020 YouTube League reveals the YouTubers earning the most per video on the platform. 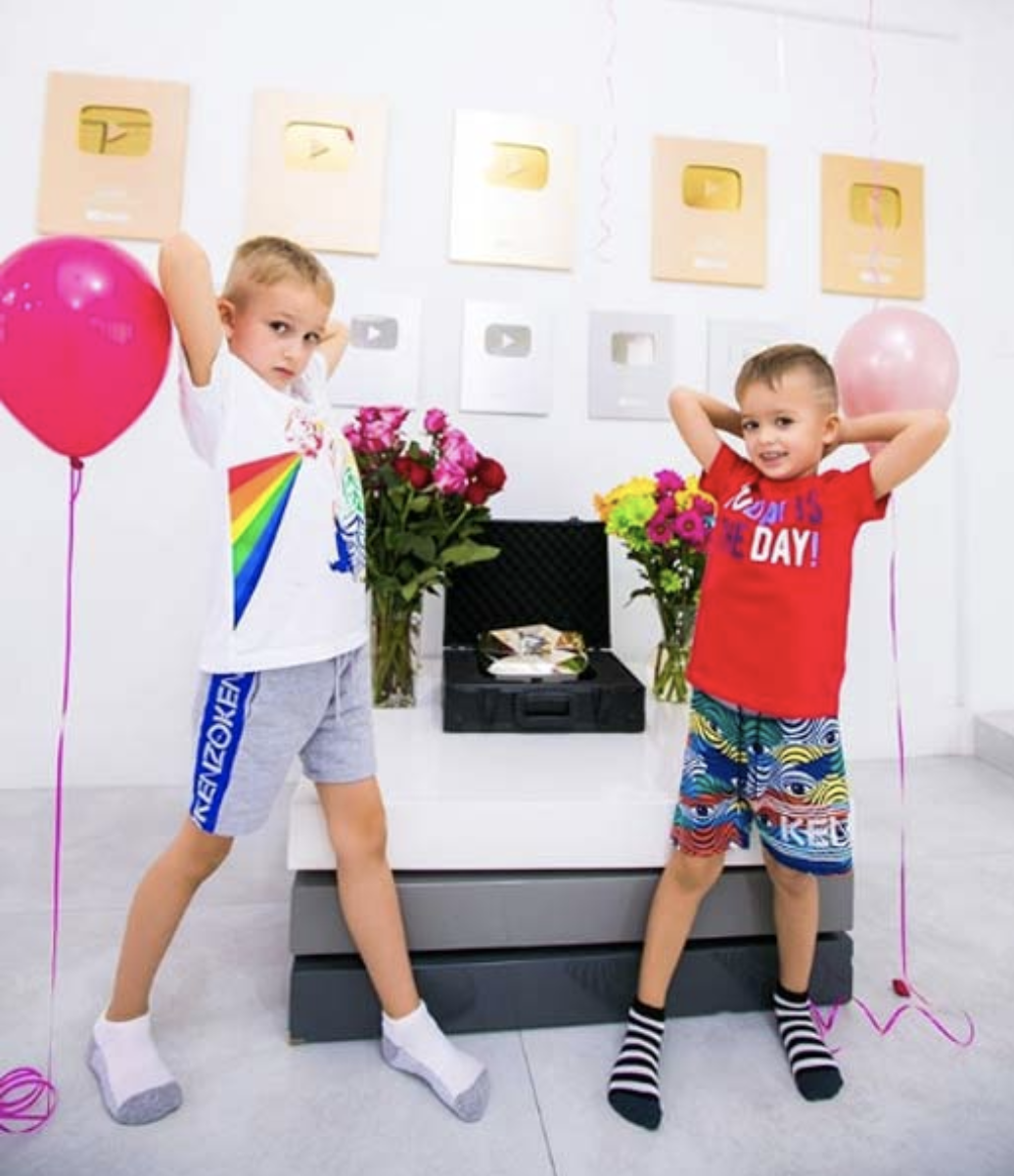 The top earners are six and four-year-old American brothers Vlad and Nikita who have made an estimated total of £49.3m with their videos of themselves playing with toys and telling stories.

Their channel, which also features some original cartoons, has over 34.5 million subscribers and attracts a huge audience of younger viewers.

READ MORE: This eight-year-old boy makes $26m a year on his YouTube channel

At number two is Dude Perfect, a group of five friends in their 30s who make an estimated £231,800 per video. They've racked up a total estimated earnings of £52.4m in over a decade of YouTubing.

They now have 49.2 million subscribers watching their videos of "real-life trick shots", where they turn everyday tasks into complex stunts and break world records.

Third on the list is six-year-old Anastasia Radzinskaya. Like Nastya, the most popular of her six YouTube channels, earns her as much as £198,700 per video. Nastya is the third most-subscribed YouTube personality in the world, with 48.1 million subscribers.

She's made an estimated £74.7m overall from her channel which began as a way of her parents documenting and sharing her treatment for cerebal palsy. She now posts videos of her and her dad playing, learning, and dressing up, drawing in an average of 50.2 million views.

The highest earning Brit on the list comes in at number nine — five-year-old Gabriella has the potential earning power of £68,800 per video on her channel Toys and Little Gaby. She's made an estimated £20.8m thanks to clips of her and her brother "unboxing" and playing with toys.

The YouTubers who earn the most per video: