Storms, floods and coronavirus ‘keeping shoppers away from high streets’ 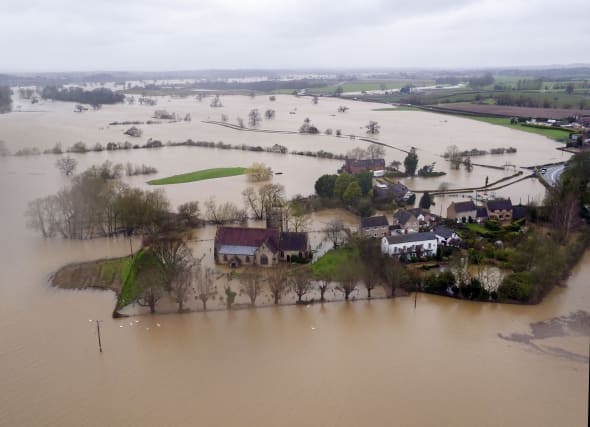 Shoppers’ spending on food and healthcare products increased towards the end of February amid concerns about coronavirus, according to an index.

But spending on clothing was held down last month by the winter storms, the BRC (British Retail Consortium)-KPMG retail sales monitor said.

The findings were released as a separate report suggested nearly three in 10 UK adults were avoiding the high street and other busy places amid the spread of coronavirus.

The BRC-KPMG research said that in February, total retail sales crept up by 0.1% annually, while on a like-for-like basis sales decreased 0.4% compared with a year earlier.

Helen Dickinson, chief executive of the BRC said: “Clouds continued to hang over the retail industry in February, as storm Ciara, Dennis and Jorge took their toll on retail sales, particularly in fashion.

“Despite many indicators suggesting a rise in confidence among UK shoppers in recent months, this has failed to translate into higher retail sales. However, the end of the month saw a slight rise in spending on food and healthcare as a result of concerns around coronavirus.”

Paul Martin, UK head of retail at KPMG said: “The highly anticipated ‘Boris bounce’ has clearly struggled to materialise in the embroiled retail sector, and looking ahead Covid-19 isn’t likely to help matters.”

He said the subdued grocery sector has shown a slight recovery, adding: “Although the edging up of prices will have contributed to that growth. In the short-term, any potential supply chain disruption caused by Covid-19 will be felt acutely by grocers, so developments will have to be watched closely.”

A separate report from Barclaycard, which sees nearly half of the nation’s credit and debit card transactions, said spending on airlines and travel agents decreased by 0.7% and 0.3% annually respectively in February.

Many consumers opted to stay at home with a box set and a takeaway, as digital content and subscriptions saw spending growth of 12.4% and takeaways and fast food spending increased by 8.7% annually.

More than a third (36%) of adults surveyed also said they are being careful with their money and more than half (54%) are worried about the rising prices of everyday items and how this will impact their ability to spend.

Esme Harwood, director at Barclaycard, said: “Storms, floods and fears about the spread of coronavirus have kept many Brits away from the high street this month.

“Despite this, broader consumer spending has held up as people put their money towards enjoying a takeaway and digital subscriptions.”