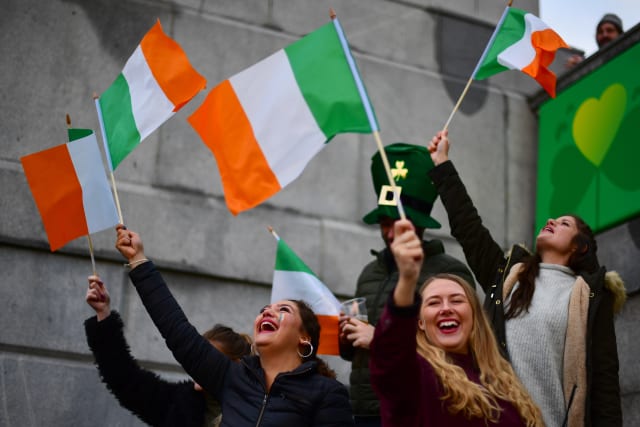 St Patrick’s Day parades in Ireland have been cancelled due to Covid-19.

Their size, the mixing of local and international travellers, and the continued progression of community transmission in some European countries was to blame, the Irish Government said.

A small number of cases of local spread, unconnected to foreign travel, have also emerged in the Republic.

Taoiseach Leo Varadkar said: “I think it’s really important to get across a very important fact, the vast majority of people who get Covid-19 in the next couple of weeks or couple of months will not do so because they attend a mass gathering.

“They will most likely pick it up in their own home from their family or interactions with friends or others through prolonged human contact, droplet infection, human fluids.

“That’s why the most important thing we can all do is follow and adhere to the public health advice around hand washing and also respiratory etiquette.”

Concerns worldwide have surrounded mass gatherings of people as a potential source of infection.

An official Government statement said: “Due to the unique nature and scale of the St Patrick’s Day festivities, in terms of size, the mass gathering of local and international travellers, and the continued progression of community transmission in some European countries, along with the emergence of a small number of cases of local transmission in Ireland, the Government has decided that St Patrick’s Day parades, including the Dublin parade, will not proceed.

“This is based on the advice of the National Public Health Emergency Team.

“The situation in relation to other events and mass gatherings remains under review and any response will be guided by the NPHET which meets again tomorrow, along with the public health advice.”

Four events will not proceed during St Patrick’s Festival: