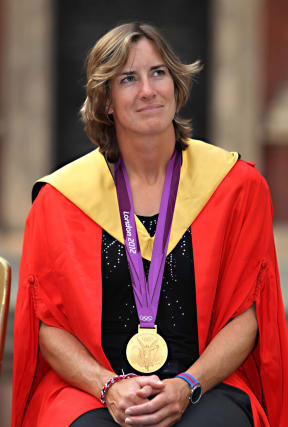 The University of Glasgow has named Dame Katherine Grainger as its next chancellor.

The UK’s most-decorated female Olympian will take over in June from Professor Sir Kenneth Calman, who has held the post since 2006.

Dame Katherine, who graduated from the university, was the sole nominee for the position.

She also studied at the University of Edinburgh and King’s College London, and has received honorary degrees from a number of universities including Glasgow.

Dame Katherine is currently chancellor at Oxford Brookes University – a position she will relinquish to take up her new role.

She said: “I feel a wonderful mixture of excitement, joy, anticipation and enthusiasm at the prospect of becoming chancellor of Glasgow University.

“More than those feelings, however, I feel immensely honoured and privileged to have been given the opportunity to fill such a role.

“Glasgow is where I was born and went to school – it will always hold a very special place in my heart.”

She added: “The years I spent at the university gaining a Master of Philosophy were happy and rewarding years.

“During that time, as I learned more about the university and its standards, values and strengths, I increasingly admired it.

“I have absolutely no doubt that as I get to know the university even better, my respect will continue to grow.

“I look forward immensely to getting to know the staff and the students and will work hard to repay the chance given to me to take up such a fantastic role at my highly revered alma mater.”

The 44-year-old won a gold medal and four silvers for rowing at five successive Olympic Games – the only woman ever to achieve the latter.

During her rowing career, she also won six gold medals, a silver and a bronze at the World Championships.

A chancellor is usually elected to the post by the general council of graduates and established academic staff.

But there will be no election with the Olympian being sole nominee.

She will become the university’s first female chancellor this summer.

He said: “I am delighted to welcome Dame Katherine as the next chancellor of this university and know she will bring to the post a strong social conscience, dedication to our cherished principles of inclusivity and real enthusiasm for our vision for the future.

“I should like to express my gratitude to Sir Kenneth for the wonderful support he has given to this university over the past 14 years.

“His contribution has been truly outstanding and I doubt if we could have achieved as much as we have without his wise counsel and support.

“We shall miss him greatly.”