Oil plunges as Saudi Arabia gives both barrels to Russia 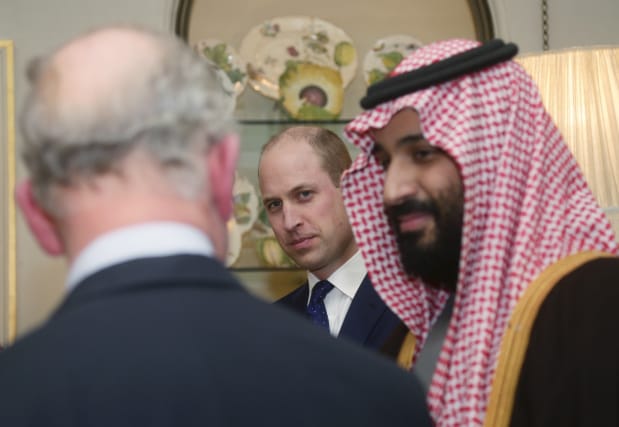 Saudi Arabia launched a broadside against Russia over the weekend, sending stock markets into serious turmoil, as oil prices plunged by around a third.

The Gulf kingdom, which is one of the world’s largest producers, slashed the price of its oil after it could not win Russia round to production cuts, designed to prop up prices.

It pushed down the price of Brent crude, the international oil standard, which fell by more than 35% at one point. It later recovered somewhat, hitting 35.64 US dollars per barrel, or 27% down.

The two countries had been co-operating to push up the price of oil for three years, but failed to reach an agreement on the future of their efforts on Friday.

The price of crude oil dropped by around 10% when Russia decided not to extend the production cuts it had agreed with oil producing cartel Opec last year.

Saudi Arabia, which is the de facto leader of Opec, had been pushing to double the cuts.

Rather than turning the other cheek, Saudi Arabia’s leadership went on the offensive against Russia, launching the first strike in what could develop into a full-scale trade war.

It led to what one analyst dubbed “Black Monday” on the stock markets, with as much as £140 billion being wiped off the FTSE 100.

Opec+, an alliance between the cartel and other major producers, including Russia and Kazakhstan, went into Friday’s meeting in Vienna with Saudi Arabia pushing to double cuts but Russia seeming reluctant.

“While no deal between the former allies was not a huge shock, what followed clearly was and has sent crude prices crashing at the start of trade this week,” said broker Craig Erlam, of OANDA Europe.

Although the members have disagreed in the past, this is their biggest public falling-out, and analysts say it spells the total collapse of the collaboration.

Analysts had thought, and Moscow had bet heavily on, the hope that Saudi Arabia would lead Opec to further production cuts even if Russia walked away.

With the backdrop of a multiplying coronavirus – Italy sealed off around a quarter of its population on Sunday – markets were already reeling.

Pressure was already pushing down on the price of oil before Moscow took its decision and Riyadh retaliated. Coronavirus had slowed down the economy, reducing demand for fuel.

Traders worry that the price could continue to suffer as Saudi Arabia, Russia, and other Opec+ members start flooding a subdued market with oil that no-one really wants.

Some fear the global economy could now be heading towards a recession.

“With the spectre of bankruptcies and defaults rising, the R-word is now on everyone’s lips,” said Seema Shah, an asset manager at Principal Global Investors.

In London, shares in oil companies collapsed, with BP losing as much as 28% of its share value and Shell down by nearly 23% at one point. Both later recovered.

It raised serious concerns about the future of some of the smaller North Sea producers, with Premier Oil and Tullow both dropping heavily.