Lockerbie case decision on Megrahi posthumous appeal to be announced 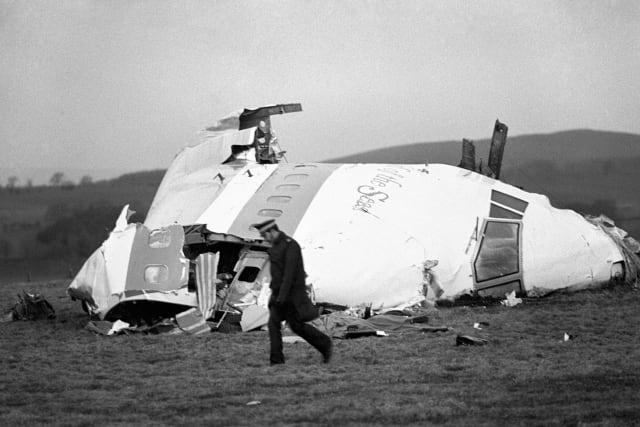 A decision on the posthumous appeal seeking to overturn the conviction of Abdelbaset al-Megrahi over the Lockerbie bombing is to be announced on Wednesday.

The Scottish Criminal Cases Review Commission (SCCRC) is to issue a statement on the appeal which was made on behalf of Megrahi’s family and supported by some families of those who died in the 1988 disaster.

The bombing of Pan Am flight 103, travelling from London to New York four days before Christmas, killed 259 people on board.

Eleven residents of the Dumfries and Galloway town also died after the plane crashed into their homes in Britain’s biggest terrorist atrocity.

Former Libyan intelligence officer Megrahi was the only person ever convicted of the bombing having been found guilty in 2001 of mass murder and jailed for life with a minimum term of 27 years.

He died in 2012 after being released from prison early on compassionate grounds.

Lawyer Aamer Anwar said he was instructed by the family of Megrahi and also supported by Dr Jim Swire, father of Flora Swire – who was aged 23 when she died in the bombing – along with Rev John Mosey whose daughter Helga Mosey, 19, also died on the flight.

Ahead of the announcement, Mr Anwar said: “When Pan Am Flight 103 exploded over Lockerbie on the 21st December 1988 killing 270 people from 21 countries, it was the worst terrorist atrocity ever committed in the UK.

“Many believe that al-Megrahi was the victim of a miscarriage of justice whilst Libya was punished with international sanctions and ordered to pay compensation.

“The finger of blame has been pointed in the direction of Iran for having ordered a Syrian-Palestinian group to carry out a revenge attack for the downing of an Iranian Airbus by the USS Vincennes on the 3rd July 1988 which killed all 290 on board.

“It has been a long journey in the pursuit for truth and justice but the only place to determine whether a miscarriage of justice did occur is in the Scottish Appeal Court, the families we represent hope that the Commission will take the necessary action to allow this to happen.”