Harry and Meghan ‘looked as if they belonged’, says royal author 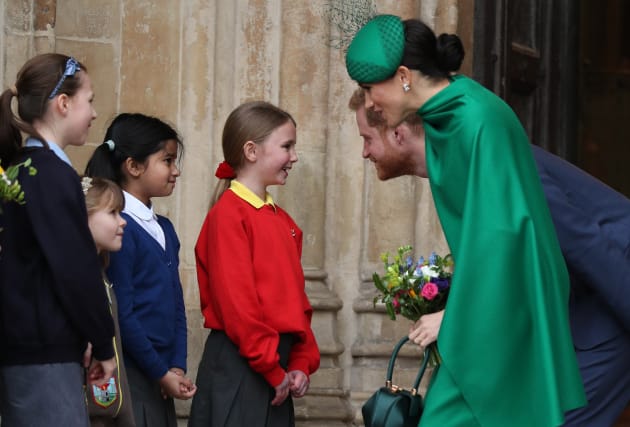 The nation will miss the Duke and Duke of Sussex as they embark on their new life away from the monarchy, a royal commentator has said.

Penny Junor said Harry and Meghan’s appearance with the royals at Westminster Abbey was an example of what the Windsors do best.

“We will miss them. They just look as if they belong,” the royal author said of the couple’s final official engagement before “Megxit”.

“They have had a very successful few days, you know, the last engagements have all gone amazingly well.

“I would imagine it would have been an emotional day for Harry. But I thought they looked glorious, they looked happy.

“It’s very uncharted territory and I hope it will be a huge success for them.

“I hope that Harry doesn’t feel bereft of everything that he loves – he will have his wife and child – but everything else in his life, when the door closes on this period of business.”

Ms Junor said the event was a perfect example of the royal family carrying out their duty on a public platform.

“It was absolutely the royal family doing what they do so brilliantly, bringing people and countries together, showing professionalism and dignity and poise and respect,” she said.

She praised the Queen for the way she has dealt with the Megxit crisis.

“I do think the family has handled this whole situation very well,” she said.

“Harry and Meghan may not have quite got what they wanted but I think the Queen made absolutely the right decision in that they couldn’t be semi-detached. It was all or nothing.

“It is a historic moment. For people watching today, it was the last time we’ll see Harry and Meghan for the foreseeable future with other members of the family.”