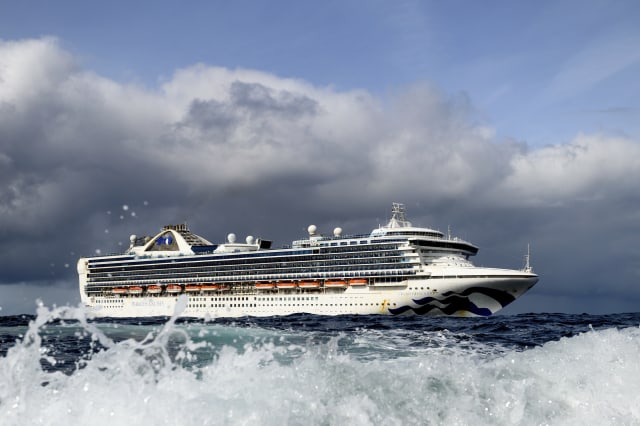 Britons on board a coronavirus-hit cruise ship in California could be on a flight back to the UK on Tuesday.

More than 140 British passengers and crew were on the Grand Princess, which is carrying 21 people who have tested positive for Covid-19.

The Foreign Office said it was working closely with the US authorities to repatriate British nationals on the vessel, with plans for a flight on Tuesday which would arrive in the UK on Wednesday afternoon.

Passengers were expected to be allowed to disembark the Grand Princess from Monday – a process the liner’s operator said will take a number of days.

Britons on board have described feeling tired and “fed up”, having been confined to their cabins since Thursday.

The ship will dock in the port of Oakland on Monday.

A Foreign Office spokesman said: “We continue to work closely with the US authorities to repatriate British nationals on board the Grand Princess.

“The US are currently planning for a flight to leave tomorrow evening, returning to the UK on Wednesday afternoon. We remain in contact with all British nationals on board and will continue to offer support.”

There are 142 British nationals on board – both guests and crew members.

Those leaving the vessel in Oakland will be tested for coronavirus, and anyone showing symptoms will be provided with treatment in San Francisco.

The repatriation flight is expected to arrive in the UK on Wednesday and Britons will be free to go, rather than forced into quarantine.

But anyone who shows symptoms after the flight will be asked to self-isolate in the UK.

A spokeswoman for operator Princess Cruises said: “Disembarkation will commence in order of priority, as defined and directed by both state and local authorities. It is expected to be a multiple-day process.”

The crew will remain on board the ship as it departs from San Francisco Bay once all guests are off, Princess Cruises said.

“Plans for a crew quarantine are still being determined,” the spokeswoman said.

Neil and Victoria Hanlon, from Bridgwater in Somerset, said they are eager to get home.

Speaking before news of the planned disembarkation was announced, Mr Hanlon said he felt “gutted” that they might have to stay on the ship for another few days.

Mr Hanlon said food is now being limited, and Mrs Hanlon added: “We just want to get back to Britain, really.”

Justine Griffin, from Coventry but living in Leicestershire, is travelling with her husband Dave and friends, and renewed her wedding vows on board the ship to mark her 25th wedding anniversary.

She previously told the PA news agency she feared they would be “at the bottom of the list” to get off the vessel.

The couple have not been tested for the coronavirus but believe they will have to enter quarantine in the UK for a further two weeks when they return home.

Princess Cruises also owns the Diamond Princess, which was placed into quarantine in Japan last month.