Death of fourth patient with coronavirus as ministers consider next moves 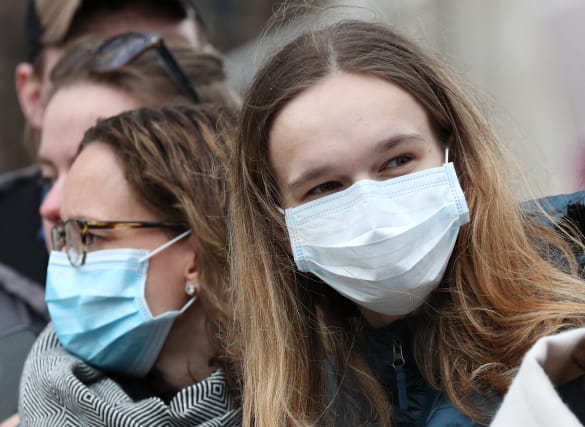 Medical experts and the Government are still attempting to contain the spread of coronavirus as the number of cases in the UK rose to more than 300 and the death toll reached four.

As of 9am on Monday, 319 people have tested positive for Covid-19, up from 273 at the same point on Sunday, the Department of Health said.

Public Health England (PHE) will continue to trace close contacts of anybody diagnosed with Covid-19 in the containment phase, advising them to self-isolate at home to delay the spread of the virus.

The Government’s action plan for the disease has three separate stages – contain, delay and mitigate – alongside a research programme.

Moving to the next stage, an attempt to delay the spread of the outbreak, would mean that social distancing measures – such as restricting public gatherings and more widespread advice to stay at home – could be brought in.

In the Commons, Health Secretary Matt Hancock confirmed the death of a fourth patient with the disease and said that any further measures that could be introduced to tackle the spread of Covid-19 would be guided by scientific advice.

He said: “We continue to work to contain the virus, but we’re also taking action to delay its impact, to fund research and to mitigate its consequences.

“Throughout our approach is guided by the science. That is the bedrock on which we base all our decisions.

“Our plan sets out what we are prepared to do and we’ll make the right choices of which action to pursue at the right moment.

“The scientific advice is clear – acting too early creates its own risks, so we will do what is right to keep people safe.

“Guided by the science we’ll act at the right time and we’ll be clear and open about our actions and the reasons for them.”

Boris Johnson chaired a meeting of the Cobra emergency committee on Monday morning and the Prime Minister’s official spokesman said: “We remain in the contain phase, but it is now accepted that this virus is going to spread in a significant way and that’s why officials have been working at speed on further steps we can take to delay the spread of the virus.”

England’s chief medical officer Professor Chris Whitty said the latest patient with Covid-19 to die was in their 70s with underlying health conditions and was being treated at the Royal Wolverhampton Hospital.

“It appears the virus was acquired in the UK and full contact tracing has begun,” Prof Whitty said.