Roman amphitheatre excavation announced to uncover ‘secrets below the surface’ 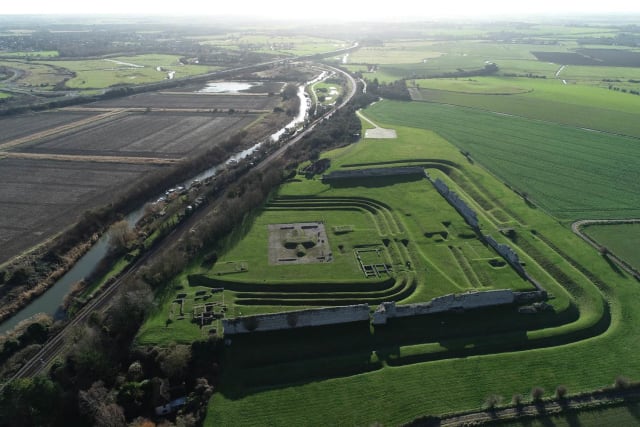 Archaeologists hope to “unlock the story” of an amphitheatre by embarking on an excavation at one of England’s most important Roman sites.

The amphitheatre at Richborough, Kent, is part of a settlement that was Roman Britain’s longest-occupied site.

As a place for entertainment and spectacle, it once held wild animal hunts, executions and gladiatorial combat.

But its origins remain a mystery and English Heritage hopes to discover when it was built, what it looked like, more about how it was used and what happened when the Romans abandoned it.

To the naked eye, nothing is left of the amphitheatre apart from a mound on a field, which is evidence of its structure.

English Heritage senior properties historian Paul Pattison said: “The impressive ruins and the enormous, rich collection of finds from previous excavations place the settlement at Richborough amongst the most important Roman historical and archaeological sites in England.

“However until now, its amphitheatre’s secrets have remained hidden below the surface.

“We have a number of questions we’re hoping will be answered during this dig – what did the amphitheatre look like, how was it constructed and what happened after it fell out of use?

“This excavation is a once-in-a-lifetime opportunity to temporarily reveal these ancient remains, analyse the clues left by the Romans and finally unlock its story.”

The only other excavation of the amphitheatre took place in 1849 but records are sketchy.

The amphitheatre lies apart from an area of Roman remains, which would have been 50 acres at its peak.

Richborough’s Roman Fort is a key site in the history of Roman Britain, used from the invasion of 43AD until the end of Roman rule around 410.

Excavation of the Richborough Roman Fort will begin in late March and the site of the amphitheatre will open to the public in spring next year.