Meghan spent more time in Suits than as a senior royal, figures show 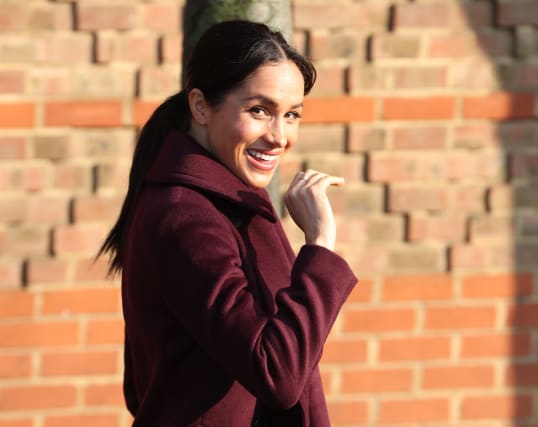 Just one year, 10 months and 12 days – or 682 days – after marrying into The Firm, the Duchess of Sussex will be bowing out of royal life completely at the end of the month.

The Duke and Duchess of Sussex are making their final official public appearance as senior royals at the Commonwealth Day service at Westminster Abbey on Monday.

Meghan will have carried out a total of 185 official royal engagements as an HRH.

Figures are taken from the Court Circular, but also include her final run of public appearances and a known private engagement in the UK in 2020, which were not listed in the daily record of royal engagements, up until Megxit on March 31.

The duchess’s time as a senior royal included a period of maternity leave.

When the Duke of Edinburgh retired at the age of 96, he had amassed 22,219 solo official engagements since 1952, not including thousands of appearances with the Queen.

But Philip is married to the monarch, and Meghan’s husband Harry is only sixth in line.

A spokeswoman for the couple said, after their appearance at the Abbey, that the Sussexes will hold some private meetings, but there will be no further engagements.

Their role supporting the Queen and the monarchy through official appearances will be at an end.

The Queen has reportedly told her grandson that the couple are much loved by the royals and would be welcomed back into their roles if they change their minds.

Harry and Meghan are heading off to North America to earn their own money, where they are predicted to make millions through ventures such as acting, film or television, brand partnerships, public speaking, and perhaps even book deals.

Since their wedding, the Sussexes have carried out four joint overseas tours to Ireland, then Australia, New Zealand, Fiji and Tonga, followed by Morocco, and then South Africa.

Born a prince, Harry has spent his whole life as an HRH, but, after 35 years, six months and 16 days,  from March 31, he will no longer use the style.

Here is a look at the Duke and Duchess of Sussex in numbers:

1 year, 10 months, 12 days  – or 682 days – The time Meghan will have spent as a royal since her wedding to Harry when she became HRH the Duchess of Sussex until Megxit begins on March 31.

2 – Fewer working members of the royal family with Harry and Meghan’s departure.

2 – Homes in North America and the UK – The couple will retain Frogmore Cottage in Windsor, but are also renting a home in Canada, where they will spend much of their time.

2 – Legal Actions – Harry and Meghan have two on-going legal actions against the press.

3 – Royals who have stepped away from public duties in the last year – the Duke of York, Harry and Meghan.

3 – Harry’s military appointments – Captain General of the Royal Marines, Honorary Air Force Commandant of the Royal Air Force Base Honington, and Honorary Commodore-in-Chief of the Royal Naval Commands’ Small Ships and Diving – which are being put on hold.

4 – Meghan’s royal patronages which will become her private ones: Smart Works, Association of Commonwealth Universities, the National Theatre, and animal charity Mayhew.

6 weeks – How long the couple and Archie spent in Canada over the festive period.

6 – Harry is still sixth in line to the throne.

14 – Patronages, presidencies and associations Harry will keep, including Sentebale, the Invictus Games Foundation, and the Queen’s Commonwealth Trust. He will no longer be the Commonwealth Youth Ambassador.

16 months – How long Harry and Meghan dated before they got engaged.

16 months – How long the joint Royal Foundation venture with the Duke and Duchess of Cambridge lasted after their first appearance as a foursome.

24 – Years since Harry’s mother, Diana, was stripped of her HRH style and title Princess of Wales following her divorce.

185 – Number of official engagements Meghan carried out as a senior member of the royal family.

£2.4 million – How much taxpayers’ money the Sussexes will pay back to cover renovations at Frogmore Cottage, plus any additional costs not yet disclosed.

£5.05 million – The Prince of Wales’s bill in 2018-19 for the Sussexes’ and the Cambridges’ public duties activities, plus other expenditure including Charles’s capital expenditure and transfer to reserves.

£3 million to £20 million – Range of estimates of the cost of Harry and Meghan’s new security bill, which could fall to the taxpayer.

11.2 million – The number of followers on their official SussexRoyal Instagram page.