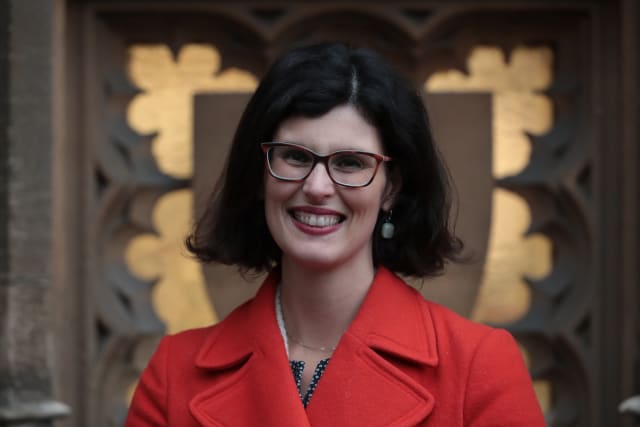 Liberal Democrat Layla Moran has announced she will run for the leadership of her party, as she described its policy to revoke Article 50 on Brexit as a “big mistake”.

The education spokeswoman admitted it is “really worrying” that voters do not appear to know what the party stands for, adding: “The key question we have to answer now is what are we for?”

The Lib Dems went from having 21 MPs to 11 after December’s general election and party leader Jo Swinson lost her seat in Scotland.

Ms Moran told Sky’s Sophy Ridge On Sunday: “Yes, I will be standing for the leadership of the Liberal Democrats. I believe it’s time that we move on as a party and offer a positive vision for the country, and I’m the right person to lead that change.”

The Oxford West and Abingdon MP said it is “really important that we listen and understand where we’ve been going wrong”.

She added: “They (voters) come back and say in the election ‘revoke’ was a big mistake because it felt very top-down, and actually co-operation is a key part of what we believe as Liberal Democrats and we need to earn their trust again.

“The other thing that worried them was that we were saying that we were going to be the party of the next government when in fact that wasn’t the case and we lost their trust again over that.”

Voters, she said, wanted to see a party focusing on equality of opportunity, education and the climate crisis, plus a less tribal politics.

Ms Moran said it is “absolutely right to be ambitious for the party”, adding that electoral reform is “one of the things that I think we need to keep pushing”.

On the formation of the party’s policy to revoke Article 50, she said: “To move away from the People’s Vote, which I think would have worked in many parts of the country, was partly led by a lack of diversity of voices in that room.”

She added: “I do think we need to look very deeply at how we make big strategic decisions in the party and, as leader, I do think that that is something that would have to change.”

Going into coalition with the Conservatives, she acknowledged, “eroded trust” in the party.

Asked if the Lib Dems should be the party of re-joining the EU, she said: “No-one wants no-deal except possibly some very ardent anti-Europeans in the Conservative Party; this is not the right thing for the country.

“That’s what we need to focus on now, and if there is a way to leave that door open so that one day with public consent we go back, I would be first in line.”

On Labour’s leadership contest, she said: “I honestly think that we could work with all of them and particularly on electoral reform.”

Ms Moran is the new favourite to be the next Liberal Democrat leader at 11-10, according to bookmaker Coral, following a flurry of bets for her.