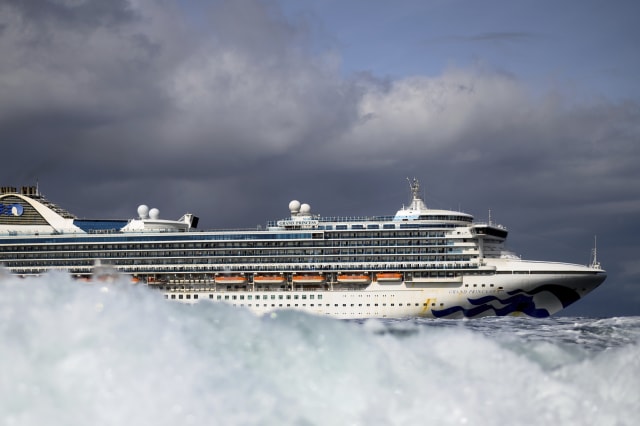 The Government has said it is “working intensively” to secure a repatriation flight for Britons currently stuck on a coronavirus-hit cruise ship.

There are thought to be more than 140 British nationals on board the Grand Princess, which is currently off the coast of California after 21 people on board tested positive for Covid-19.

The ship is expected to dock in Oakland on Monday, but it was said that only passengers requiring treatment and state residents would be able to disembark.

A Foreign Office spokesman said on Sunday: “We are working intensively with the US authorities on arrangements for a flight for British nationals who are currently on the Grand Princess Cruise ship off the coast of California.

“We remain in close contact with the local authorities and will work with them on their plans.

“We are also in contact with the Grand Princess’ staff, and are ready to support any British nationals who need our assistance.”

Earlier, one of the British passengers told the PA news agency that nobody from the Government had been in contact with them.

Justine Griffin is travelling with her husband and friends, and renewed her wedding vows on board the ship to mark her 25th wedding anniversary.

She said: “I’ve just got in contact with our MP back in England to try and see what’s happening.

“We have been told nothing from the English government or embassy.

“The international number my sister contacted back home said they would call back in eight hours — that was two days ago.”

She added: “I had to tell my youngest child I’m not coming home and I don’t know when I will be. He was so upset — he’s only eight and we’re his special guardians so he doesn’t deal well with things changing, it’s heart-breaking.”

Mrs Griffin and her husband, Dave, have not been tested for the coronavirus but believe they will have to enter quarantine in the UK for a further two weeks when they return home.

The ship is operated by Princess Cruises, which also owns the Diamond Princess, which was placed into quarantine in Japan last month.